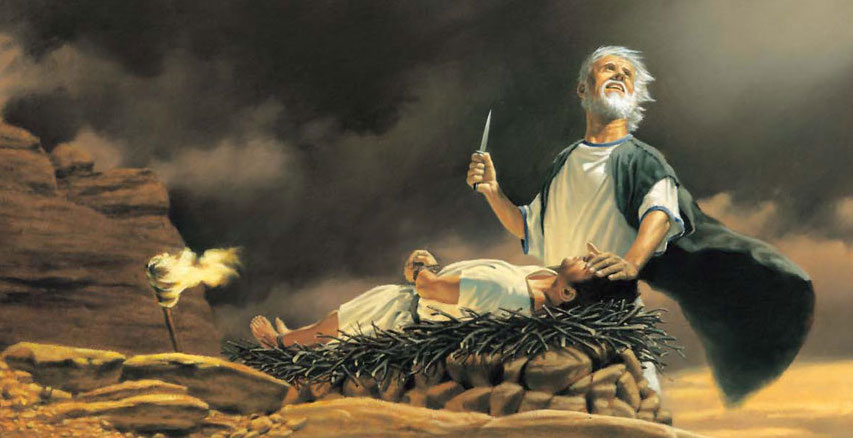 Two years ago I took a challenge to read the Bible in a year, I stuck to it and it changed my life. It changed the way I thought about purpose, other people, myself and God. It opened my eyes. It even nourished the creation of GospelGoodies.com. And this year, I’m doing it again.

I’m 10 days in and it’s like I’m reading everything for the first time. Every time I open the book, something new pops out. For example, I already knew about the story of Abraham’s willingness to sacrifice his only son, but I received it differently this time around.

The extent of Abraham’s trust in and fear of God blew my mind this week. What sealed the deal though, was his reward for being obedient.

In Genesis 22, God tested Abraham by telling him to lay down Isaac as a burnt offering on a distant mountain. Isaac questioned the trail when he saw the knife and wood, like, ‘where’s the offering?’ And I can’t help but wonder if Abraham knew God would look out, because he told his son God would provide the lamb.

Abraham was ready to take his boy out but an angel called out and told him to chill because he’d proven his obedience and fear of God. In return, he was given grace and mercy. He was told that his descendants would take possession over the cities of their enemies and that through his offspring, all nations would be blessed.

God didn’t give Abraham something immediately tangible, but he promised him the world. It was the beginning of a story that I swear is still being told.

Today I wondered, how is my obedience affecting those after me? Is what my definition of obedience is actually pleasing to God?

Side Note: I’m no teacher, so when I read this again, I was like, YO! Was this somehow a prediction of what Jesus would later go on to do for us? Serious question. Only son, bless nations… wowzers.

I think it’s important to remember that God does promise us the world (figuratively speaking). His plans for us are far greater than our own. We know this, but when they don’t make sense, we question it. Just remember though, they’re all a part of a bigger picture we may never see. Just imagine the inner-peace, despite the upsets in tests, we inherit when we obey God. When we fear Him and put Him first, things WILL start turning around. That’s exciting!

I’d like to share this experience with you guys with weekly updates. If you need a renewing and want to hop in on the daily reads, see the reading schedule below.

Netflix’s newest animated Christmas movie Klaus is getting applause for biblical principals sprinkled throughout the film.