Notice: Trying to get property 'user_email' of non-object in /var/www/wp-content/plugins/slider-by-supsystic/src/SupsysticSlider/Core/Module.php on line 142
 Scenarios to Consider Regarding Kim Burrell Comments on LGBT

Sometimes as a writer, I have to write about things others aren’t or are overdoing, no matter how hard a conversation it is to have. But for what Gospel Goodies was founded on and stands for, I consider it a disservice not to address trending topics that directly affect the body of Christ and young adults.

So, it seems Kim Burrell has found herself at the forefront of a debate about the Bible’s truth versus homophobic hate speech. For what it’s worth, I’d just like to throw out there that disagreement doesn’t define hate. Love exists in agreeing to disagree, but how do we find that middle ground?

If I can be completely honest, I believe as a whole, we pick apart the Bible the way we see fit for our circumstances and I don’t believe that’ll ever change. How many years has it been since Jesus hopped up on that cross? I expect for much to get lost in translation. That’s why relationship is so important: Knowing where you stand with God and that you are forgiven because he sacrificed his son. Now, I know that kind of sounds completely backwards, but as soon as we realize that none of us are perfect and we all sin daily, the sooner we can be real about what’s happening here.

We say the Old Testament is dead, but we still look to Psalms, Proverbs and Genesis (amongst many other books). So, how do you decided which parts of the old count and which parts don’t? It’s a conflicting teaching. We say Jesus’ blood washed away all that jazz, but we still look to it. And from the outside looking in, it seems we, too, use His sacrifice as a crutch.

Now, I’m no pastor, and I have a lot of questions about religion, but I’m confident in my relationship with Jesus. That’s what this platform is for – to figure it out. For real talk, life music, agreeing to disagree, not beating institution over people’s head, but not sugarcoating honest thoughts either. Daily I ask myself if the decisions I make are pleasing to God and I still mess up! Having read the Bible in its entirety, I can tell you, the Word isn’t always going to make you feel good. We know this! That’s why we ignore parts and still do our own thing. That being said, no sin is greater than the other. All of us fall short. None of us are worthy.

Some were offended by Burrell’s comments, others felt she was using her platform negatively and others stood by her teaching. I just want people to try to understand where each side may be coming from. Consider that scenario in the Bible where the scribes and Pharisees were ready to beat down the woman caught in adultery… Jesus said forget Moses’ law, “Whoever is without sin among you, let him be the first to cast a stone at her.” They all backed away and she was left to face Him alone. Condemning Kim Burrell for her interpretation of the Word parrallels to the judgement in which she’s being accused of. This isn’t about the “church.” It’s about how the “body” is reacting.

Believer or not, here are three sides to consider in the whole ordeal:

1. A Mistaken Tone
Kim Burrell’s choice of words may have been hard to swallow, but her tone is common for preachers. More so, her topic. Often preachers teach against adultery, gambling, premarital sex and a bunch of other idol-type things, but homosexuality’s like the forbidden fruit, though mentioned right along the same lines of other dos and don’ts mentioned in the Bible. The underlying message is naturally offensive, but of love. Though, it can be taken out of context in tone.

Burrell’s word choice may have been questionable (and highly unfavored) in this progressive age, but that doesn’t take away from her interpretation of the Bible. Whether we agree or not, is it not her duty to let her church know?

2. Who Are We to Judge?
Should we consider talk against the grain of premarital sex, adultery, gambling and etc. hate speech as well? Is it hate speech when people deny who you believe Jesus to be? Was it hate speech when they denied His power before A.D.? …see, these are all subjective questions. You can disagree, but you’ve got to understand where each side is coming from, as conflict has been one of the most consistent traits of our existence. Morally, neither the LGBT community or the church deserve to be silenced.  “Seek first to understand, then to be understood.” – Dr. Covey

3. Accepting the LGBT Community
There was a time when homosexuality was not okay. Like, laws. People felt it went against their rights to be completely free in what they were born, and fought against it, creating a community for those LGBT. Rightly so. Thus, homosexuality is common and accepted. It is what it is, and quite frankly, none of anyone’s personal business. 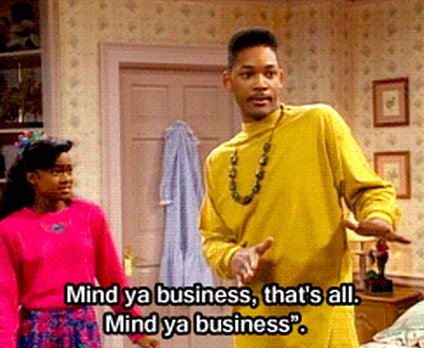 Janelle Monae said something along the lines of, if believing homosexuality is a sin is what your religion teaches you, you need to find a new one. Realizing all we believe about Jesus derived from the same Book as the currently debated topic, it made me wonder, what exactly is religion? What exactly do we believe in? Like I said, relationship is key; Jesus is my no. 1 homie. But we’re living in a “I believe Jesus died for my sins and that’s all that matters” time. Technically, yes, facts. But where’s the Word fit in? Or does it only count during Christmas, Easter and when we need an inspirational quote or a quote to back up something we’re against? Before you come for my neck, know that I’m not taking sides. These are just thoughts real life millennials have and why it’s so hard for some to get down…

To my final point to ponder, I think the hate lies in places where LGBTs have been shut out and that’s never okay. But let’s not confuse disagreement with hate. I don’t think Kim Burrell’s statements came from a hateful place, otherwise she wouldn’t hop on songs with Frank Ocean or go on Ellen. I’ve met people who can’t stand to be in the same room with LGBTs and it’s pretty sad. It is totally possible to “love the sinner but not the sin” if that’s what you believe. And that’s a word for everybody of every walk. But at the same time, if that’s a sermon to be preached, maybe it’s the approach that has to change. It’s like Christian rap. Same message, different tone. We’ve heard these sermons before, they just haven’t gone viral at the expense of a national entertainer who has in fact, been instrumental in using her gift to draw people closer to God.

At the end of the day (cliche, but it fits), love conquers all and division has never been the answer. At this point more than ever, it’s all about saving souls. God reveals himself to us all and to Him is who we report to come our time. Judgement down here on earth died on that cross, too, fam…