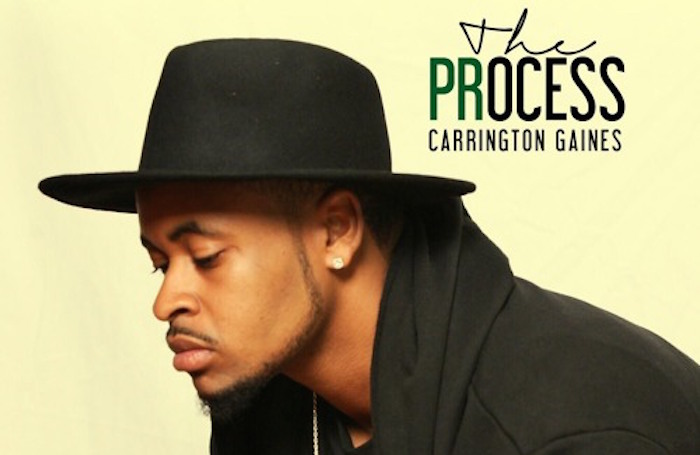 Carrington Gaines is outgoing, eager and no doubt talented, but above all, he’s full of a spirit that can only be matched with true conviction and he’s ready for the world to hear it.

Since independently releasing his debut EP, The Process, back in November 2015, the Buffalo, NY native has gone on to minister in Nashville and most recently in Las Vegas at two shows part of the 31st Annual Stellar Awards weekend. Ohio, North Carolina and South Carolina shows are next up on his roster. Follow @Carrington_13 for more info.

It was just two years ago when he felt called to use his gift to spread an inspirational sound. His passion for the reason why he sings (no pun intended) grew out of a great loss in which he explains below, and while the circumstance was unfortunate, it opened his eyes wider to reflect on God’s grace.

A true believer of letting your light shine before men, “that they may see your good works, and glorify your Father which is in heaven” (Matthew 5:16), Carrington says all he wants to do is be a realistic example and “help bridge the gap between the church and so-called lost generation” in any way God leads him to.

RELATED: What Happens Behind the Scenes at the Stellar Awards? [Photos]