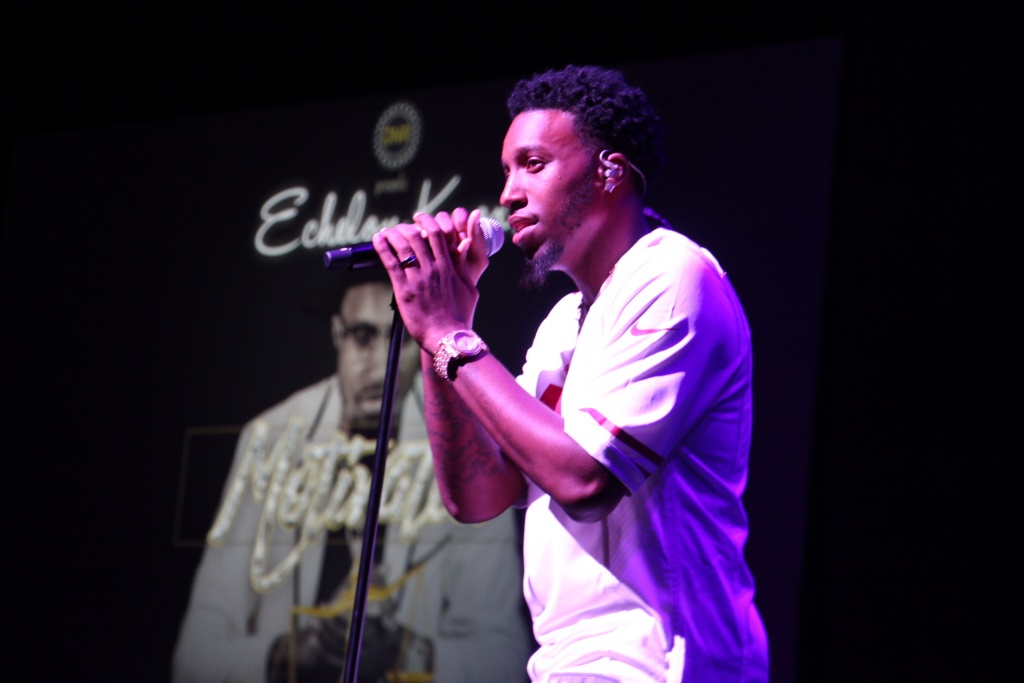 Echelon Knoxx has a lot to celebrate. Having recently wrapped up touring with Mali Music, the Washington, DC-bred artist just released his highly anticipated Motivated album that boosts his latest single, “Beyond Blessed.”

Knoxx shared his excitement by hosting an album release concert featuring Uncle Reece, Brotha J, WillMBand, Shyne on Me, Queen P and more. Comedian Kasaun Wilson, who had a tune to sing himself, MC’d between sets.

It was a praise party for real. With a message.

When his time came, Knoxx broke down the “motivated” theme of the night with the intro title track off his new project, which set the mood for the inspirational songs that followed: brand new and throwbacks to real talk and turn up. “One Love,” “Trophies,” “The Scale,” and “Holy Ghost Party” included.


Echelon Knoxx shares the story of a lesson he learned on his way to NYC:


Uncle Reece and Brotha J perform “I Can’t Help Myself”:

Check out this sneak peek at the trailer of God’s Not Dead 2.