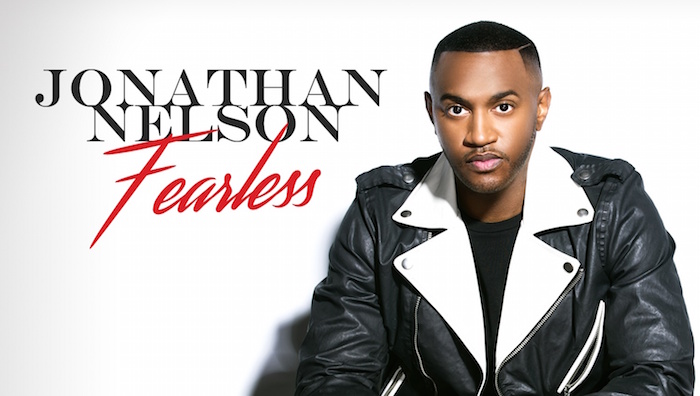 For Jonathan Nelson, “fearless” is more than just a quick adjective often loosely used to describe a bold act. He lives it. Encouraged and with courage.

Having worked on his fifth album with people he never met prior to the recording with “no template” for the project and through a new record label (eOne Music) and PR, it’s no wonder he titled the new body of work FEARLESS – the title track alone is an anthem that boosts the joys of walking in faith.

“[Fearless] means to take the risks and do something you haven’t done before… I think this whole CD encapsulates that,” he said in an interview at his FEARLESS listening party at the BMI offices in New York City. “The word ‘fearless’ is really who I am.”

Nelson’s new album is, for lack of a better word, turnt. It features Da’Truth, Kim Burrell, Dorinda Clark-Cole, Tye Tribbett and more, plus includes his current singles, “Anything Can Happen” and “I Believe (Island Medley).” The variety of the live recording, which took place at The Faith Center in Sunrise, FL, makes being “fearless” sound fun and hopeful, where the groove-type tracks are well balanced by praise and worship.

Watch below Jonathan Nelson (soon to be a pastor?) describes what inspired the direction of FEARLESS, hints at a world tour with a few notable names and reveals the possibility of a big collab with his twin brother Jason Nelson in an exclusive interview with @GospelGoodies.