Notice: Trying to get property 'user_email' of non-object in /var/www/wp-content/plugins/slider-by-supsystic/src/SupsysticSlider/Core/Module.php on line 142
 Jonathan McReynolds Kicks Off Life Room Tour in Philly [EXCLUSIVE VIDEO] 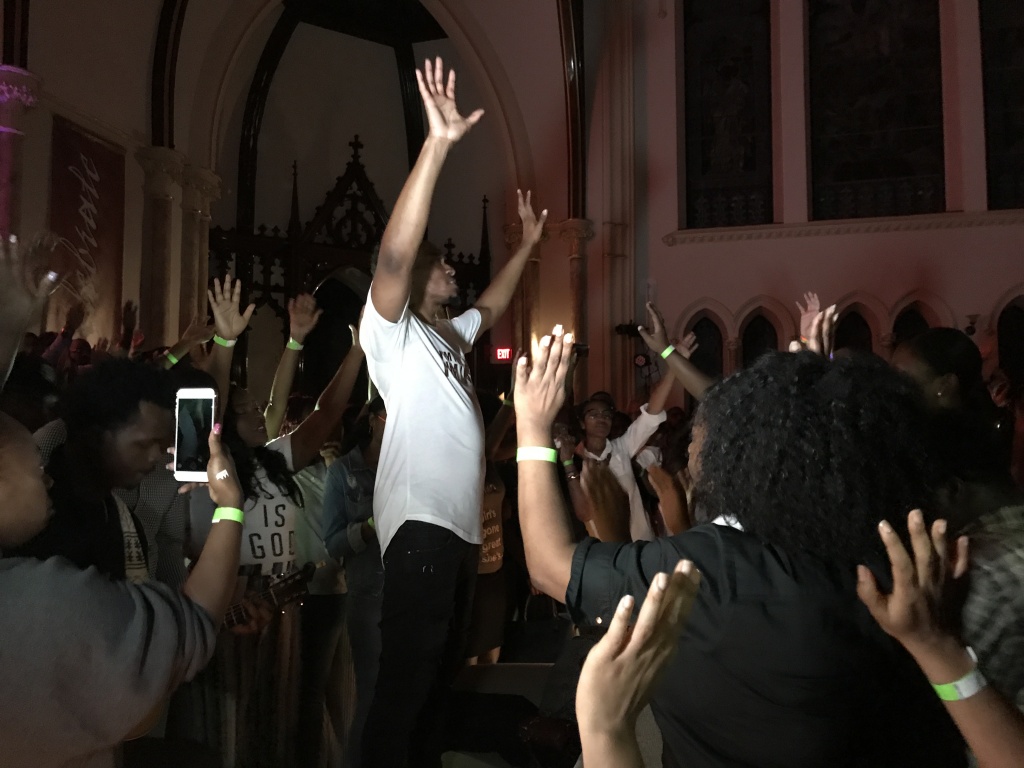 The “Life Room” concert series started off with a bang. Literally. But that didn’t stop Jonathan McReynolds from giving an unforgettable performance at the kickoff stop in Philadelphia.

A group of high school kids from VA opened the show and WillMBand followed shortly before the venue’s power cut off. Naturally, your mind might wander to the devil being busy; however, it turns out there’d actually been a power outage in the neighborhood. But, who needs electricity when you have bright smart phones, candles and a choir-sounding audience? WillMBand continued ‘praise in the dark’ before Jon came out to update the crowd on the situation and carried on with the show also featuring his Chi-town fam, Corey Barksdale and Grandy Wilson.

So let’s the scene.

If you’ve been to a pop up show, attended the Chicago native’s live recording back in May or even peeped his tour art, you might recall a comfy living room setting: pillows, couches, dim lights, shoes off, transparency on. This show had the same vibe, except the candles – paired with flashlights – played a more pivotal role in Philly’s blackout. It added fuel to the fire theme of his intimate, free-flowing concert and soon-to-be released live album. Pretty epic if you ask us.

“With this particular vibe,” he said in our sit-down at his live recording earlier this year, “I just really wanted to capture that on an album. Our motto is, ‘We’ve been turning living rooms into life rooms; we get too busy living and watching others live that we forget the one who gave us life.’”

Last night (August 12), Jonathan Reynolds hopped on a couch, asked the crowd to gather around him, and with no mic or speakers, extended his voice across the Christ Community Church of Philadelphia for over an hour to pour out his heart and spread that same message with admirable poise.

Check out a few highlights of the life music he performed below!