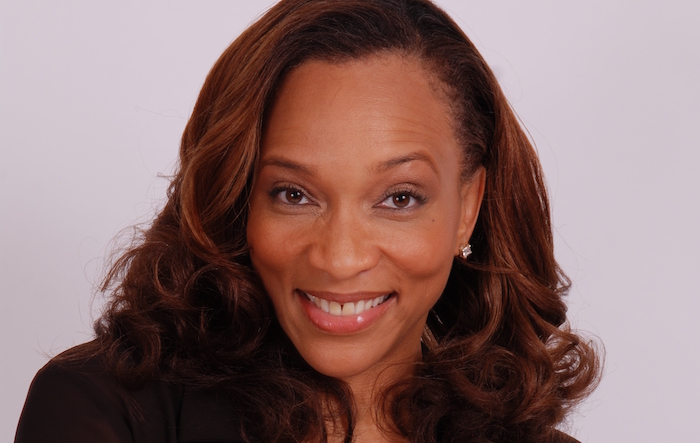 Imagine you’re in the perfect relationship. Everything’s going normal when one day you get news that your spouse has AIDS. They knew they were infected before you got married but fail tell you because they don’t want to die alone, and when he or she does die, you find out they were actually on the down-low the whole time. Through it all, you somehow come out of the situation without infection.

For best-selling author and naturopathist Dr. LaJoyce Brookshire who lived that heart-wrenching story, that “somehow” was nothing but the grace of God. When most would’ve broke down, she looked up, and it saved her life.

Now, over 20 years later, she’s created a platform to not only tell her story, but to show people the depth of her faith and events that transpired around a season of love that could have changed the fate of her life.

In August 2016, Brookshire teamed up with the National Black Theater in New York City to debut her first stage play titled “Faith Under Fire,” an extension of her 2006 Faith Under Fire: Betrayed by a Thing Called Love memoir chronicling her career and love life during a time when she worked as a music exec in the early 1990s. “I kept hearing my story over and over and I didn’t think it was fair or responsible of me to hold on to information that I had that could help people,” she said. “Our community has stopped discussing HIV and the numbers are more prevalent than ever.”

A church tour with stops in NYC, Richmond and Atlanta is next.

“We’re going to Atlanta because Atlanta is gravely in trouble. The CDC released a report that 1 in 51 people are infected in Atlanta,” she said. “If you are a sexually active person, you are more likely to contract HIV in the Southeast portion of the United States than anywhere else in the country. Mainly, in Georgia.”

The topic of sexually transmitted diseases is a hard conversation to have with your lover, but Brookshire hopes her brush with HIV/AIDS encourages people to take the extra necessary step towards a healthy sex life.

“Before leaping into love, fully examine the container and what it contains. Get yourself tested. Before you swap spit, swap information. It could save your life,” she said.

Below, she further explains how her faith has carried her over the years and dishes on what to expect from the production.

ALIYA FAUST: Let’s talk about Faith Under Fire stage play…
LAJOYCE BROOKSHIRE: It’s based on my best-selling memoir, Faith Under Fire: Betrayed by a Thing Called Love. It’s the true story of my first husband marrying me knowing he had full-blown AIDS and didn’t tell me, how I am victoriously HIV negative and that I didn’t know he was on the down-low until he was dead. It’s a story that I’d held on to for 10 years before I even wrote the book, but thought it was necessary for me to write because I kept hearing my story over and over and I didn’t think it was fair or responsible of me to hold on to information that I had that could help people who needed it the most. So fast forward, years later, here we are with the stage play because it’s an urgent conversation our community needs to ensue. Our community has stopped discussing HIV and the numbers are more prevalent than ever.

What inspired the ‘Faith Under Fire’ title?
Well I’m a woman of faith. I I believe the Lord is definitely the Lord and Savior of my life. And while I was enduring this situation, I was challenged in many ways. I was faced with decisions to stand by my husband in the face of a terrifying illness and I did that by honoring our wedding vows because that “in sickness and in health” part is really true. And so, it put my faith under fire. I had family saying, ‘yeah we know that’s all true, but you didn’t sign up for this.’ I was like, you know, there’s no exception when you stand there and say ‘in sickness and in health.’ There’s no dot dot dot, except when faced with AIDS, or when faced with cancer. It’s ‘in sickness and in health.’ Period. I think what we’ve gotta do is put a comma where God put a period. It’s a vow that I took that I stood by and believed in even though I had lots of adversities and challenges from friends and families on their take on what they would do in the situation.

And then I came up against my own challenges when I was personally challenged emotionally because as you can imagine, one person in a relationship going through something like this and acting in a resentful type of way because the other partner is not infected, it escalated to a point of just nastiness, even though I was in control of giving medication. One pill too many or one pill not enough could’ve ended everything. But I chose not to do any of that. But it was because of my faith in the Lord. I believe all things rest in His hands.

I can’t imagine how hard it was to stay faithful in a moment like that. Pressure, forgiveness, patience… all those other challenges. Was there anything specific you turned to in your faith? A scripture, prayer?
Yes! The scripture that really kept me was Psalm 91:1-2. “He who dwells in a secret place of the most High shall abide under the shadow of the Almighty. I will say of the Lord, He is my strong tower, my refuge, in Him who I will trust.” We have to speak our truth. We have to speak God’s Word over our lives and the true test is: Can we or can we not verbalize our trust? I had to continually verbalize my trust in the Lord. Continually say what the Lord was saying to me what He already said in His word, because I knew that to be true. I mean, down to where the hospital kept telling me after he was diagnosed that there was no way I was going to be negative. I kept telling them no. You’re going to take my blood and tell me I’m negative. They would not understand how I was saying I was negative, but they hadn’t taken a drop of blood and I was telling them God had already said ‘your faith has made you whole and you’re free from all your diseases.’ I was not confused about what God was saying to me and I knew I was protected by the blood of Jesus. It was just the end of the story. I told everyone, ‘either you get on board with the fact that I’m negative or I’m not saying anything more to [anybody].’

Sometimes, you have to – unfortunately – experience something in order to believe it, so it’s awesome you’re allowing people to see and feel your real life story.
Exactly. At the end of every show, we’re doing a talkback with the audience.If you show them something like this, you don’t want to leave them bleeding. So we have HIV professionals, counselors, clinicians on the panel: a heterosexual woman infected by HIV, a homosexual man infected, myself – a person who’s been affected, and others who can speak to audiences questions, comments and concerns.

The interesting thing about my story is that it occurred between 1990 and 1995. I married him within 11 months to the day we met in 1990. In 1990, we didn’t have the information that we have today. We were looking at this disease as being exclusively to gay white men. We didn’t know black men were infected with the disease. We didn’t know that AIDS was in the black community when in fact, it was here all along.

Isn’t it amazing how God works?
Yes. And we know His hands are on this project. We have a full cast of 20. One of them said it feels like vignettes. And that’s exactly what it is. It’s like snippets of different portions of a relationship that spans a 4-year period and it all transpired under the backdrop of the entertainment industry when I was director of publicity at Arista Records. He died on the day of the Biggie and Faith Evans photoshoot when they did the [iconic] VIBE magazine photoshoot in the back of the car. I was at that photoshoot that day he died.

Based on the memoir Faith Under Fire: Betrayed by a Thing Called Love, New York Times Bestselling Author (Soul Food, Faith Under Fire) LaJoyce Brookshire tells her story as an un-suspecting woman who was lured by a handsome man who used charm, romance, and hid HIV in a twisted attempt not to die alone. It is a single portrait in the specter of AIDS facing not just Black women but all women today. This story reveals how fear, ignorance, and secrets perpetuate the disease and what we must do to change the narrative for the healthy future of us all.

For more information on the stage play, visit faithunderfireonstage.org.