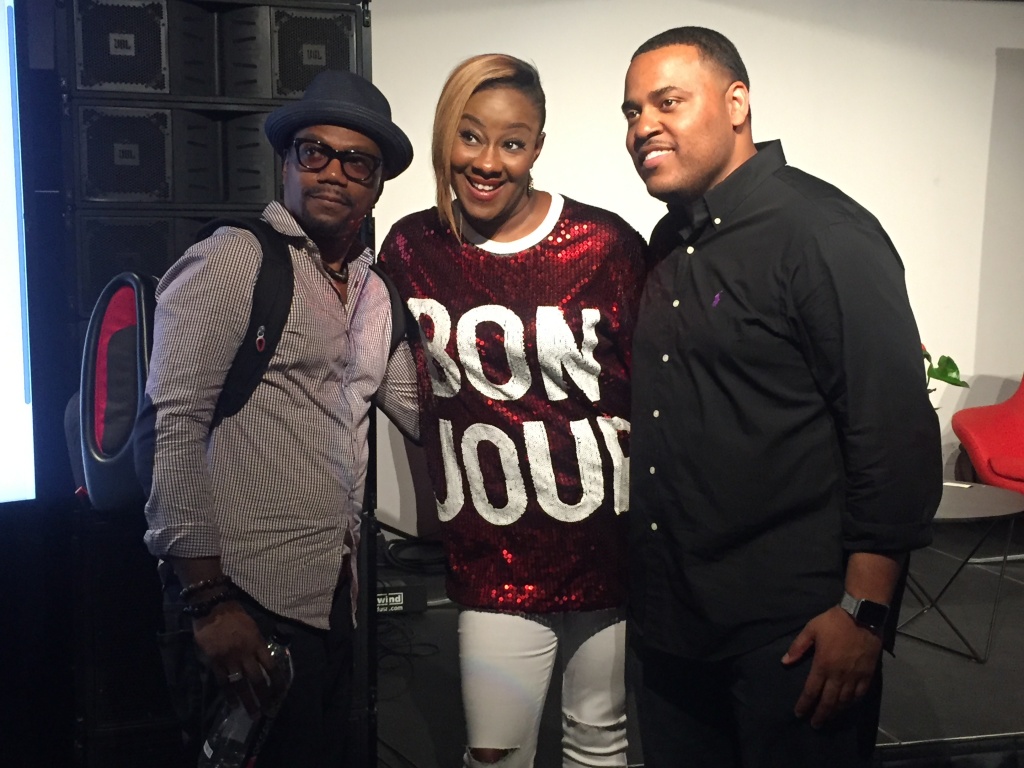 Earlier this year, Le’Andria Johnson released her “Bigger Than Me” song, which was a new sound for the singer. Fast forward to summer, “Bigger Than Me” turns out to be the title track of her next album that includes more of the new sound in a collaborated effort orchestrated by RCA Inspiration’s Phil Thornton.

SEE ALSO: Learn the Lyrics to Le’Andria Johnson’s New Song, “Bigger Than Me”

While Claude Kelly and Chuck Harmony produced most of the tracks, three of the 10 come from Stanley Brown.

“I just said yes,” Le’Andria said about the new music during an exclusive listening session moderated by Dyana Williams at SONY in New York City this week. Throughout the night, Le’Andria emphasized this forthcoming project being different and literally ‘bigger than’ her. Observing her facial expressions from the audience during each song, it seemed as if she revisited the passion she sang behind each when recording.

SEE ALSO: Le’Andria Johnson’s Rendition of “Never Would Have Made It” Goes Global [VIDEO]

In the video below, Le’Andria runs down her favorite parts of Bigger Than Me, due July 21. Watch:

Click here to pre-order Le’Andria Johnson’s Bigger Than Me.