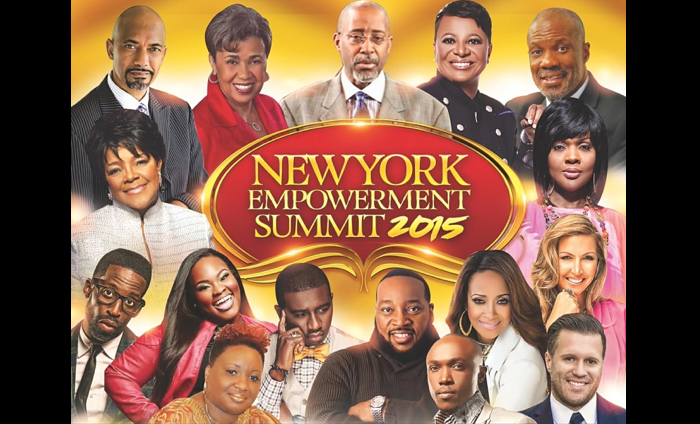 It started out traditional and contemporary with Munizzi, Winans and Andrea McClurkin-Mellini, then got a little cultural with Canadian Caribbean Marvia Providence and West African Uche Agu who turned the Theater up a notch and sent concert goers on their feet and in the air. Literally. Shoes off, waving towels, breathlessness.

And the night took a smooth turn during a surprise performance by Travis Greene, whose story was enough to give you chills! In between singing his current single, “Intentional,” the North Carolina native revealed the story of how he fell 4-stories out of a window. Doctors pronounced him dead, but his mom picked up his lifeless body and called on the name of Jesus. It kind of gave “the blood of Jesus” a new meaning in that moment.

But the cutest thing happened at the end. All the kiddies ran up when Tye Tribbtett came on stage. That was probably the best part—to see kids running after God’s word.

Jermaine Dolly uses Periscope to share big news: He’s gifting all of his supporters with free music on Christmas day!