Notice: Trying to get property 'user_email' of non-object in /var/www/wp-content/plugins/slider-by-supsystic/src/SupsysticSlider/Core/Module.php on line 142
 EXCLUSIVE: 3 Takeaways From Root Mag's 10th Anniversary Celebration 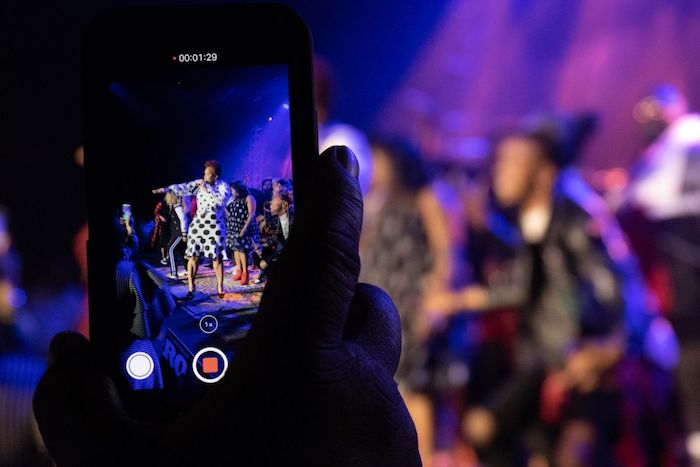 On March 28, Root Magazine celebrated its 10th anniversary during Stellar Awards week in Las Vegas where a ton of artists gathered to perform and celebrate Root‘s founding memory “to bring gospel music and the culture to the masses.”

In addition to the lit performances and game changing awards they gave out during the celebration, below are three highlights we took away from it.

Root magazine was founded by Hasan James 10 years ago. His passion is unmatched and it’s proven appreciated by the gospel industry and gospel fans. We salute his mission to spreading the Good news and congratulate him and his team on their contributions to Christian entertainment.

2. My Block Performed Together For The First Time

Warryn Campbell‘s MY BLOCK record label is full of great talent and for the first time ever, they all gathered on stage at Root‘s 10th anniversary concert. Mary Mary’s Erica Campbell, Tina Campbell, Lena Byrd, JoiStaRR, Jason McGee & The Choir and more all sang a few of their hits and joined in on each others songs, too. It was here where Warryn announced The Walls Group as the newest members of his team and also gave insight into where the name for his music label came from: He grew up in a California hood where trouble surrounded him but his block was a praying block. “Everything that was going on around us, was going on around us, but not on my block,” he said. And in regards to the diversity of genres MY BLOCK hosts, Warryn said, “Not everybody on MY BLOCK is a gospel singer, but everybody on MY BLOCK loves the Lord.”

For years, Derrick Williams (director), Ashley Christopher (producer/editor), Jasmin Sacarello Botero (producer) and Root Magazine founder Hasan James (executive producer) – all creators of a new gospel film coming soon – have been asking gospel artists and other Christian leaders alike about their thoughts on gospel music: “Ask 10 different people what gospel music is and you will get 10 different opinions,” they noted in an upcoming documentary celebrating the history of gospel music in America. The official premiere is expected this summer, but Root shared a look inside its indie filmed titled Rooted & Grounded: The Evolution of Gospel Music during a private screening at its 10th anniversary celebration. The story, which is told through interviews with and performance footage of some of gospel music’s most influential people, references occurrences dating back to slavery up until now. They noted, “[the movie] is composed and performed for many purposes, ranging from aesthetic pleasure, religious or ceremonial purposes, or as entertainment for the marketplace. However, a common theme is praise and thanks to God.”

Have you heard the church version of Rihanna’s “Work?”