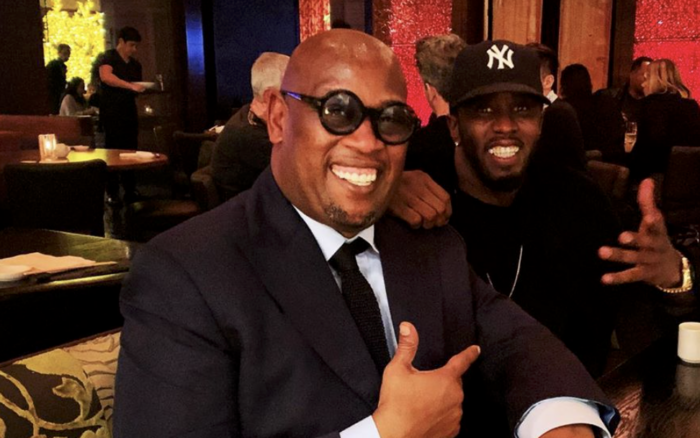 Legendary music exec Andre Harrell was found dead at his apartment on Friday (May 8). He was 59 years old.

DJ D Nice confirmed the news on Instagram Live during his quarantine mix, announcing that he’d be cutting it short because the news was too much to bear.

Harrell, who founded Uptown Records and was part of the Dr. Jeckyll and Mr. Hyde rap duo in the 80s, was also responsible for launching the careers of Mary J. Blige, Robin Thicke, Heavy D, Jodeci, Anthony Hamilton, Teddy Riley and more. In 1995, he became the president and CEO of Motown Records, overseeing Stevie Wonder, Diana Ross and Queen Latifah, all the while launching the careers of 98 Degrees and Mario Winans. As a mentor to Diddy, he later went on to work side-by-side with the rap mogul as president of Bad Boy Records and later, vice chairman of Revolt TV & Media.

According to reports, Harrell had been working on a TV special about Uptown with BET.

BREAKING NEWS: More confirmations are coming in to me via text that @iamAndreHarrell was found dead in his Los Angeles apartment tonight. The legendary music exec was 59. @BET was slated to air a 3-part miniseries on him later this year called “Uptown.” #RolandMartinUnfiltered

#AndreHarrell 59 years old, one of the cornerstones of HIP-HOP, from being an artist as #DrJekkylAndMrHyde to Def Jam to Uptown Records where he literally birthed GHETTO FABULOUS, HipHop Soul, MJB & unleashed Puff into the world, this is my era, I’m not ok with this! R.I.P. Icon

Bryan Popin’s working on a new video and you’re invited to join.