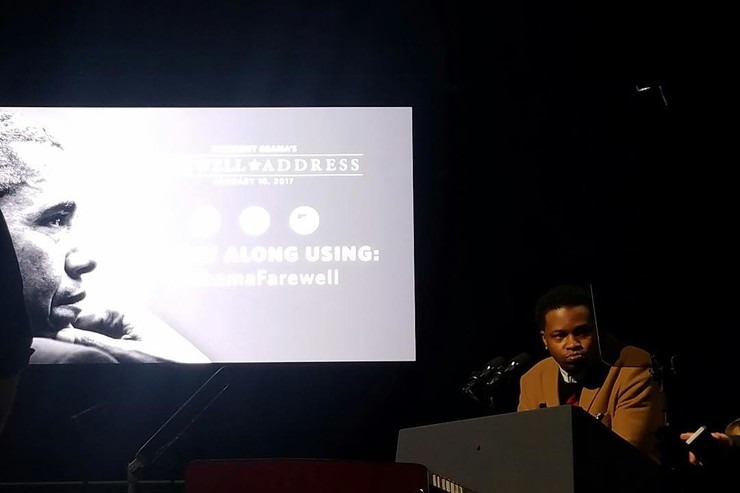 The Obama administration has not been shy about its taste in entertainment and opening up its doors to diverse artists over the past eight years. Remember that time a group swag surfed on the White House lawn? Or the time Michelle Obama rapped with Jay Pharoah about college? Well, last night (January 10) during President Barack Obama’s farewell speech was no different.

Fellow Chi-town hero BJ the Chicago Kid was tapped to perform the national anthem, sealing off their support for influential entertainers with powerful messages.

Celebrities alike flocked to social media during Obama’s last speech addressing the nation to show their admiration and give thanks:

.@POTUS showing how much he loves and respects @FLOTUS @MichelleObama and his daughters moved Cookie and I to tears. #ObamaFarewell

#YesWeCan because we will never stop fighting for justice! #ObamaFarewell pic.twitter.com/cdQvaAbieR

If you missed POTUS’ speech, press play below:

Travis Greene releases new video for “Made a Way.”