Notice: Trying to get property 'user_email' of non-object in /var/www/wp-content/plugins/slider-by-supsystic/src/SupsysticSlider/Core/Module.php on line 142
 Commissioned Reunites For New Gospel Album And Biopic [VIDEO] 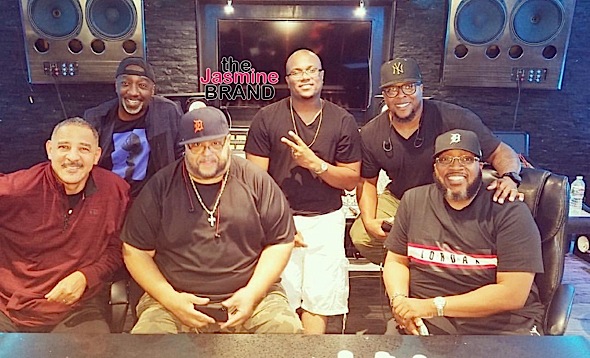 And that’s not all.

According to TheJasmineBrand.com, the gospel group is also working on a biopic with Grammy Award winning producer, Jovan Dawkins. The movie, which sources say they’re looking to release with Netflix, is slated to tell the story of “how the group got started, when they disbanded, their individual careers (Fred Hammond and Marvin Sapp) and how they reunited.”

The group originated in Detroit with only six members (Fred Hammond, Mitchell Jones, Keith Staten, Karl Reid, Michael Brooks, and Michael Williams) in 1982, two years after Hammond played bass for The Winans. When Staten and Brooks left the group in 1991, Marvin Sapp, Maxx Frank and Eddie Howard Jr. joined. Eddie Howard, however, left circa 1994, and Michael Williams followed a year later. In between the changes, Hammond temporarily stepped away to pursue a solo career and also make music with Radical For Christ.

Hammond posted a slew of Instagram videos this week sort of confirming the news. In the videos below, he mentions “Wait til you hear this version” and “coming to theaters soon.”

The guys have not skipped a beat!

The guitarist in Mali Music shines bright on this one.