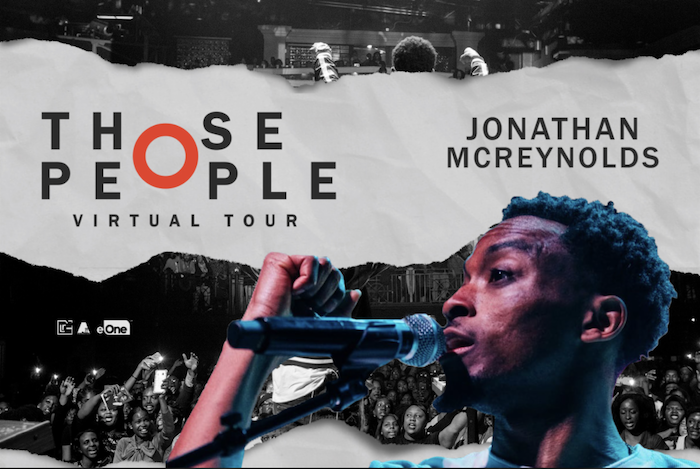 Jonathan McReynolds is inviting fans to a virtual tour partly titled after his People album. It’s called “Those People.”

The virtual tour comes as an alternative to a traditional tour due to the coronavirus pandemic. Instead of performing in different cities, he’ll perform on four different dates with four different themes aimed at four different types of people that include the following: Passionate, Churchy, Free and Deep.

“In the spirit of the album, this time we aren’t touring cities. We are touring people. Come to the shows that will make you feel like those people,” Jonathan McReynolds says.

Thursday, October 1 – 8:00PM EST
Passionate People
They are excited about making room for God. They are strong, they are sincere, and their worship always gurantees that God is always in their situation. Those people.. are passionate people.

Sunday, October 4 – 8:00PM EST
Churchy People
They might be new school most of the time, but nothing hits like a simple song about Grace. They can turn any day into a Sunday and praise God for all the things that he knows. Those people.. are churchy people.

Wednesday, October 7 – 8:00PM EST
Deep People
They know how to give God their full attention. They never stop thinking, they won’t stop learning until God makes a Cathedral out of them. Those people.. are deep people.

Saturday, October 10- 8:00PM EST
Free People
They might seem undignified, but God is the best thing that happened to them. They have no problem jumping, dancing, or Movin’ On. Those people.. are free people.

Have you heard the church version of Rihanna’s “Work?”