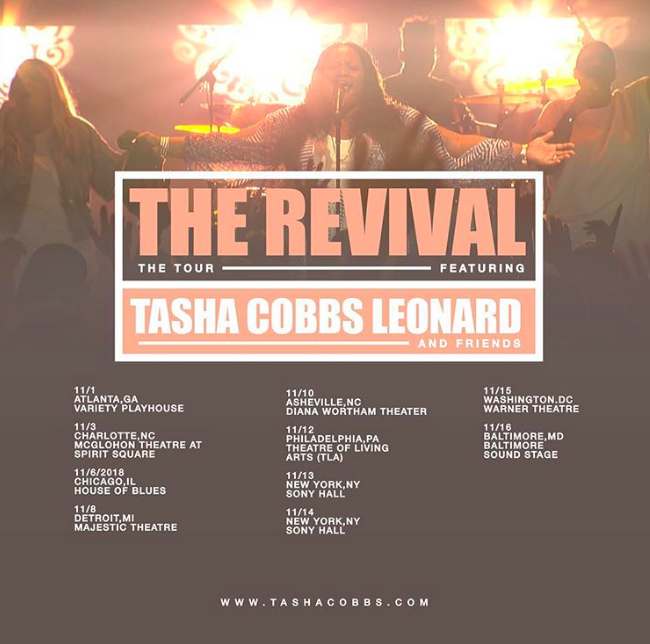 Tasha Cobbs Leonard is taking her talents on the road in the fall for “The Revival” tour featuring special guests to be announced.

The news comes at the heel of her Heart. Passion. Pursuit (2017) album release and recent successes including earning five Dove Awards nominations, two Billboard Music Awards, a NAACP nomination, a BET Awards nomination, and a performance on Good Morning America this year.

The “Revival Tour,” which will make stops in major cities like Philadelphia, New York City and D.C., kicks off on November 1 in Atlanta (see tour dates up top).

Jonathan Nelson speaks of hope and promise in a new song he released today called “Anything Can Happen.”