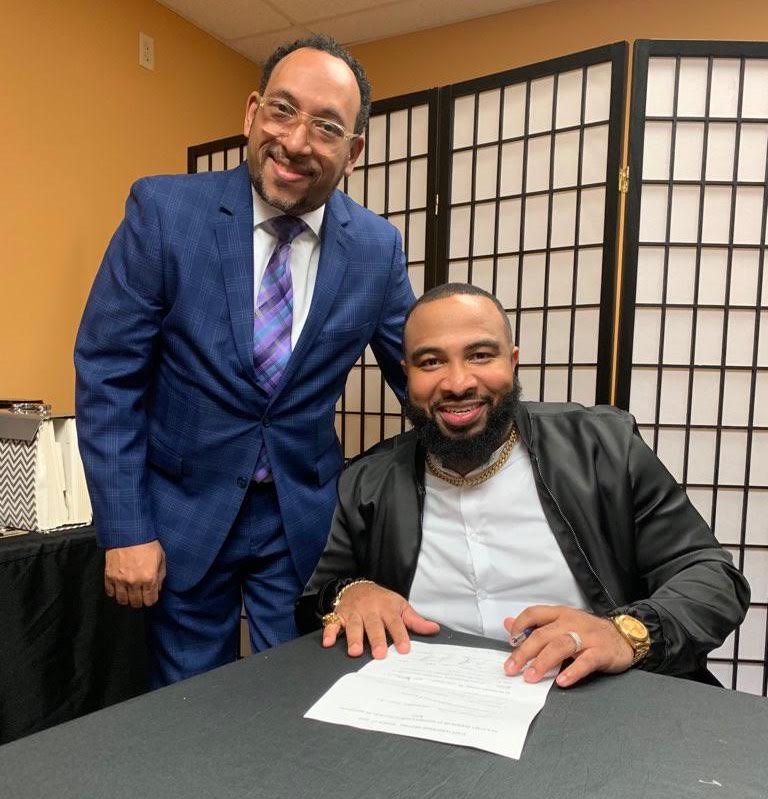 Jason Clayborn began his career at the tops of the 2000s at Tyscot Records as a member of gospel hiphop group, The Righteous Riders. He went on to do some solo things and began writing for artists including VaShawn Mitchell and Hezekiah Walker, and now he has rejoined the label to deliver more hits.

“I have witnessed his growth as an artist and songwriter, and believe he is a big part of the future of gospel music,” Tyscot President Bryant Scott says.

One of the award-winning artist’s most recent accomplishments was in 2016 when he composed Hezekiah Walker’s “Better.” It rose to no. 1 on Billboard’s gospel charts for 18 weeks and he won a Dove award for it the following year.

In addition, Clayborn is responsible for Wes Morgan’s “Get Me Through,” Ricky Dillard’s “I Survived It,” and Lisa Knowles-Smith’s “Great Big God.”

“This is like teaming back up with family,” Clayborn says. “Through all of my success over the last 8-9 years as a writer, being nominated for a Grammy® Award, winning a Dove award, it is time for the world to hear the heart of the man who penned all of these songs. What better way to do that than with my Tyscot family. We are going to make music that can be sung on Sunday morning, at the same time keeping the gospel music sound and vibe alive, reaching nations around the world! I’ve paid my dues and now God says it’s my time! I’m ready!”

Congrats to the team!