Notice: Trying to get property 'user_email' of non-object in /var/www/wp-content/plugins/slider-by-supsystic/src/SupsysticSlider/Core/Module.php on line 142
 Kanye West Debuts New Song “Water” At Sunday Service At Coachella 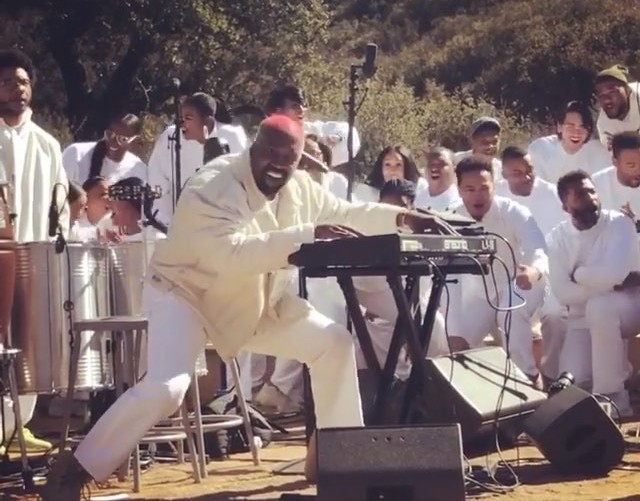 Kanye West‘s weekly Sunday Service is a consistent hit and this week, he took it to Coachella where he debuted a new song called “Water.”

It was the perfect addition to Easter Sunday when he rapped lyrics like “Let your light reflect on me, take the chlorine out of conversation. I might not be as perfect as Christ, but we’re made up of 90 percent water … The storm may come but we’ll get through it, because of your love.” Yeezy’s performance of the song was worked in between his set that also included “Ultralight Beam” and “Jesus Walks” and featured appearances by Chance The Rapper, DMX, Teyana Taylor, Kid Cudi and Ty Dolla $ign.

While not confirmed, “Water” is predicted to be a single off Kanye’s upcoming album Yandhi. A release date is still pending.

Watch the “Water” performance below…