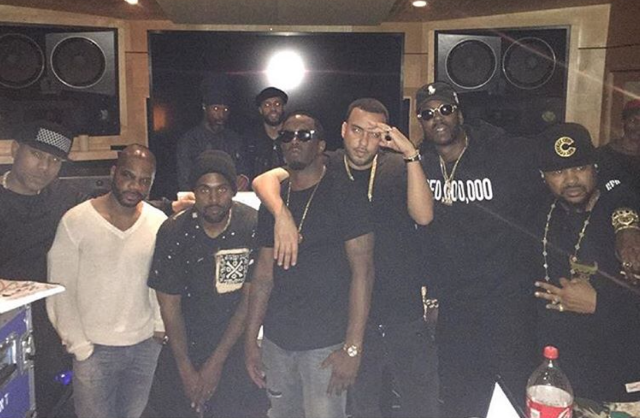 A Brief History: Ebro is a hiphop head and Kirk Franklin has a relationship with Kanye West. They’ve collaborated on songs like “Ultralight Beam,” West has sampled Franklin, and Franklin’s been vocal about his support for Yeezy. Despite Kanye’s recent actions that have many questioning his sanity, Franklin’s love and support remains. This year, West started taking people to church with his Sunday Service series aimed to reflect the love of God in a free-flowing music setting that incorporates gospel and mainstream vibes.

During the Beats 1 interview, Ebro said he believes that “the oppressors have [Kanye’s] mind but the ancestors have his spirit.” And Franklin responded, “Let that be his medicine,” noting Kanye’s faith in sharing his beliefs on on a national platform without any monetary push.

“You can always tell intent by how people spend their money. How people spend their money is a reflection of their heart,” Franklin told Ebro. “The fact that he’s doing this on his own, let that be his medicine. Let’s let people heal. I think at people’s core, everybody’s just looking to be healed inside because we’re all coming with childhood trauma, especially people of color. We come with PTSD already straight out the womb, but we impact so much of culture while we’re still broken. So we’re always walking with this tension but we move the needle.”

Franklin exclusively elaborated on his relationship with Kanye for the time ever stating that in 2012, he got a call that Ye wanted to come to his house and he made it happen.

“He came to chop it up with me. He said I really want to find a way to help the production value in gospel music,” Franklin said. “This is 2012/2013, home-run hitter Kanye … I said to him, ’I don’t know if right now is the time for our communities to come together because I don’t want you getting a lot of slack for trying to be this person.’”

So instead, they built they’re relationship from the ground up and let the music flow naturally. Hence, “Ultralight Beam” years later.

“I was never about throwing people away because I was thrown away by my momma and daddy,” Franklin said. “No human-being will ever be thrown away by me. I’m not [always] going to agree, but I’m not going to throw your life away. I wanted to be more of a brother than collaborator. I cant say ‘no’ and hold accountable things that may need to be shifted if I’m always just jumping on records. And so, again, the brotherhood … I want listeners to know that don’t mean that people are at the end of their journey and perfect and right, I’m saying that there is a respect and love that when I say something to him, I’m seeing a response of someone on their journey. People are on their journey. And when they fall we need to hold them accountable [and love them back to health].“

Take a look at the 2015 Stellar Award winners inside…