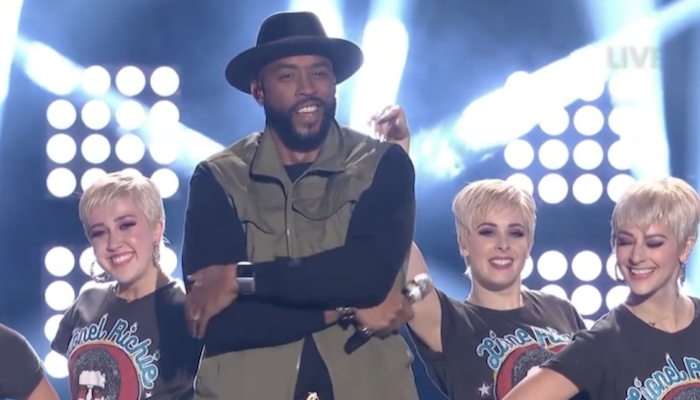 American Idol wrapped up its season finale with a bang! It was not only a special treat for idol judge Katy Perry in particular, but also for the saints.

Montell Jordan, a 90s singer who now pastors, hit the stage surrounded by Katy Perry look-a-likes to perform a Sunday remix of his hit single, “This Is How We Do It” (1995). The song was significant because during the season, Perry did the worm dance to it when it was used as an audition song. And to better suit his Christian beliefs, Jordan removed references to sex and alcohol, replacing the lyrics with lines like, “The hood’s been good to me evrey since I was a lower case g, but now I’m with the big G.”

Just when we thought it couldn’t get any more epic, Ryan Seacrest sang a bit of the song while introducing the singer, too:

In addition to taking his revamped talents to the big stage, that day he announced his new collaboration with Lecrae on a song about marriage called “When I’m Around You.” It’s the first single off his upcoming album Masterpeace, TBD. (Listen here)

Da’ T.R.U.T.H and Limoblaze have joined forces to release a collaborative album “Bridges.”