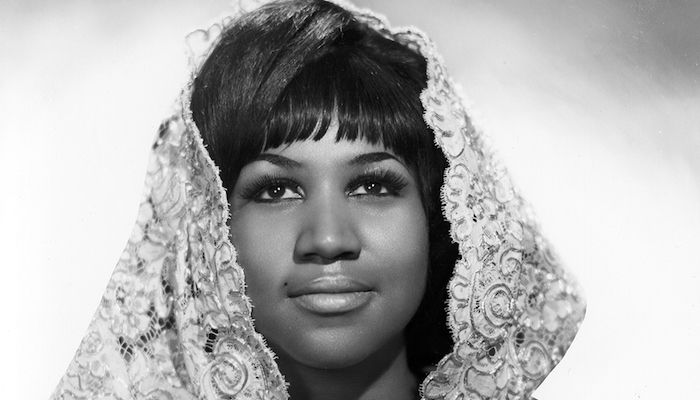 When you think of music greats, Aretha Franklin (1942 – 2018) tops the list. She mastered singing and piano at a young age and dedicated her entire life to what she once described as “the gift that God gave me to use.”

By age 14, she was touring with her father Reverend C. L. Franklin’s revival show – that’s how she became friends with Sam Cooke and Mahalia Jackson – and shopping music labels circa 1956. It was an important year for the late singer who gave birth to her first son and launched her iconic career with a gospel album during that time.

That’s right. The “Queen of Soul’s debut album was actually a Christian project called Songs of Faith, which was recorded live in Detroit at New Bethel Baptist Church where her father preached.

Since originally released in the 1950s, the vinyl record has been reissued under a few other names and in different music mediums over the decades. Some of its songs include “Yield Not to Temptation,” “Precious Lord” and “There Is a Fountain Filled with Blood.” Listening, you can hear the youth in Franklin’s voice, but at that young age, she still carried the power of the legend she’d soon become. It’s not wonder Columbia Records signed her in 1960, and later Atlantic Records in 1966 and Arista Records in 1980.

In 1972, the Queen of Soul returned to her gospel roots to release Amazing Grace, a double LP featuring Rev. James Cleveland and the Southern California Community Choir. It hosted her famous versions of “You’ve Got A Friend,” “Mary Don’t You Weep” and the title track, “Amazing Grace.” It sold over 2 million copies, making it one of the best-selling gospel albums in history, and also earned her a Grammy award for Best Soul Gospel Performance in 1973.

Having spent over 60 years devoted to the music industry, Franklin’s timeless gospel was accompanied with her countless soul and R&B albums that garnered 20 Grammys and a bunch of others.