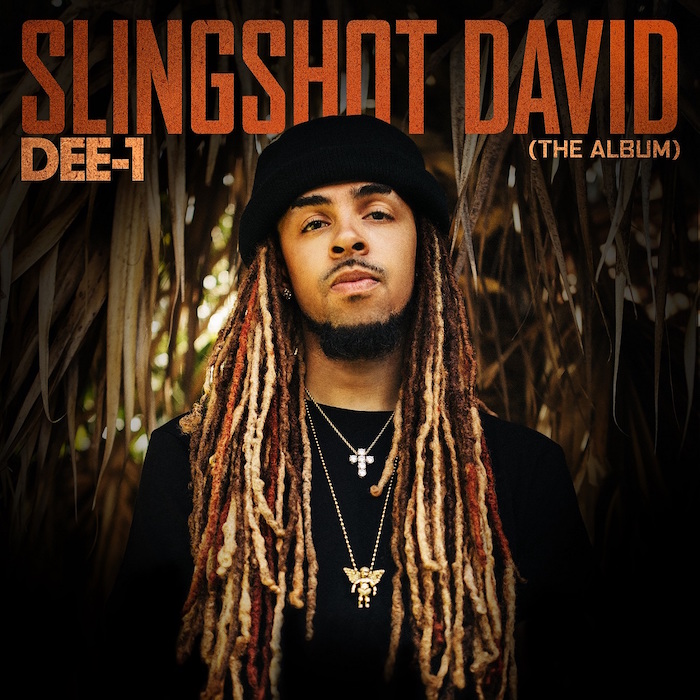 After much tour under the same mantra, Dee-1 has finally released his freshman album, Slingshot David.

On November 10, the New Orleans rapper debuted his first album under a major label (RCA Inspiration) and it’s everything we’ve been waiting for.

A press release states: The album details his real physical and spiritual struggles while growing up in New Orleans. The high stakes are immediately recognized through Slingshot David’s narrative device – recorded, unscripted conversations with the nephew of his late best friend, who was murdered in their home city. The real-life implications highlight Dee-1’s perseverance and journey, and give his debut a gravitas not seen in many other albums.

“My whole life has really felt like a fight,” Dee-1 says. “I always felt like the underdog in terms of the city I’m from, the part of town that I was from, and especially later in life getting into the rap game. I was a college graduate teaching middle school, attempting to become a rapper and actually make a name for myself.”

The album not only features a bunch of different styles, but different collaborations too, including Sevyn Streeter and Avery Wilson.

Take a listen, then circle back and let us know what you think!

Jay Z pulled a Beyonce and dropped an unexpected album that included a gospel sample.