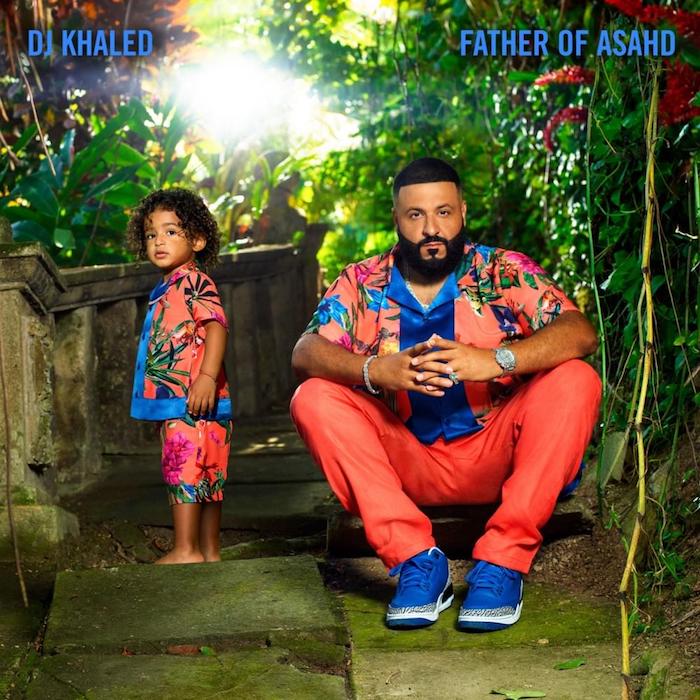 If you follow DJ Khaled, you know he speaks of God and his blessing often. In his new Father of Asahd album dedicated to his son, the references are at a peak.

With features by Chance the Rapper, Justin Bieber, Cardi B, Nas, Big Sean, Chris Brown, Nipsey Hussle and so many more, the project opens with a reggae vibe called “Holy Mountain,” which features Buju Banton, Sizzle, Mavado and 070 Shake. The lyrics hit you hard straight from the start:

Just about halfway through the album, John Legend and the late Nipsey Hussle enter in on a track about overcoming adversities called “Higher” where they belt, “Don’t you know that the devil is a liar. I know they’d rather see me down, put my soul in the fire. But we keep going higher.”

Nas and CeeLo Green follow up with a feature called “Won’t Take My Soul” that reiterates the triumph.

There are a bunch of other spiritual innuendos sprinkled throughout the 15-track body of work but it ends with signs of hope in “Holy Ground,” also featuring Buju Banton:

A rebel is a warrior, just give him a cause
No more battles, no more wars
The state of play ain’t pretty over
But a real soldier keep marchin’ on
Let not another generation face this evil oppression
Or stay incarcerated, feeling nice in all black
The poor still living in a state of shock
The time you took I will never get back, but … Where I standeth is holy ground

In addition to actual lyrical content, the cover art pictures DJ Khaled and his son Asahd in what, to the average eye, just looks like a jungle. But it’s actually a holy mountain, according to Khaled.

“I’m on the holy mountain with my son. There’s water by the mountain and it’s holy, too,” he said on The Tonight Show Starring Jimmy Fallon. “You see the sun coming through the trees? That’s God. It’s fighting through the trees to touch us … I started my album off with a record called ‘Holy Mountain,’ that’s my intro. And the last song on my album is called ‘Holy Ground.’ Anywhere I put my feet, it’s the holy ground. So, the album is real personal and real special for me. This is my 11th album, so it’s not just an album. It’s the next chapter of more blessings, more love.”

#PART3 @jimmyfallon can I explain my album cover to you . Bless up @bujuofficial GOD IS THE GREATEST ????????

“God is the greatest,” he told Jimmy Fallon.

Disclaimer: While the album references God, DJ Khaled’s ‘Father of Asahd album is indeed still explicit. Listen at your own discretion.