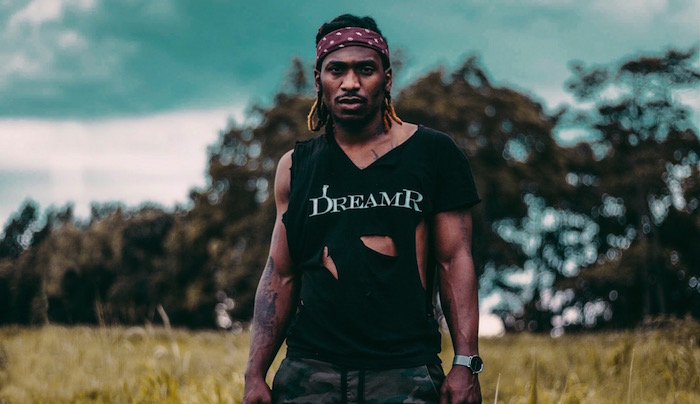 Drew Smith The DreamR has teamed up with Kevin Mayfield (again) and Philadelphia singer Mare to release the first single, “Blue (Don’t Stop)” off his sophomore album due June 8, 2018.

The album title has yet to be released, but if the vibes match the new track, expect fire. The good kind.

SEE ALSO: Drew Smith Explains the Significance of Dreams and Where Hiphop Fits In

“Blue (Don’t Stop)” is a rundown of decision-making on topics that can impact livelihood. It’s also a reminder to keep pushing forward despite distractions.

“‘The reason we wanted to highlight the words ‘Don’t Stop’ is simply because that’s one of the key ingredients to success and fulfilling purpose. If people would just keep going, fighting [and] believing, they’d be able to see what they’ve been working so hard for,” Smith says. “Don’t quit too early.”

Take a listen below:

Derek Minor releases video for “Look at Me Now” off his latest album, Reflection.