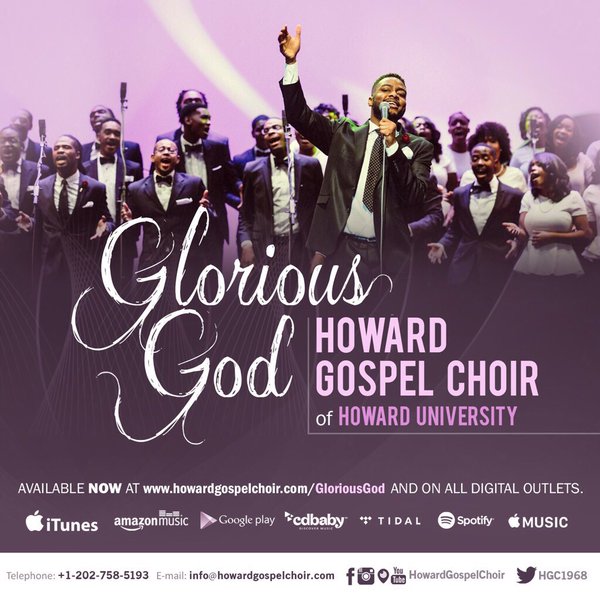 The Howard Gospel Choir has been traveling around, spreading their gracious sound about our glorious God and now, you can take that sound with you where ever you go.

The album also features a collaboration with the Andrew Rankin Memorial Chapel Choir under the direction of Ned Lewis. The album was produced by the choir’s musical directors and Bison alum Reginald Golden and Darrell Brown, along with Kevin Golden and Grammy award winning production advisor Kevin Bond.

The 70+ member HGC was founded in 1968. Some of its past members include Richard Smallwood, Core Cotton (Sounds of Blackness), Twinkie Clark and most recently, Clifton Ross III.

Take a listen to Pastor Marlon Lock’s new single, You Covered Me inside…