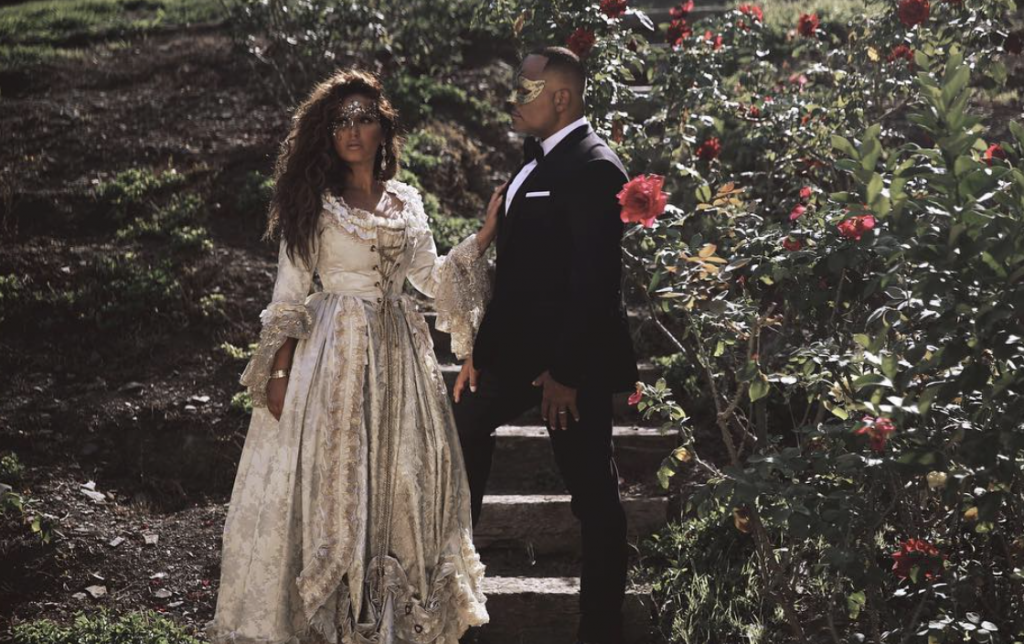 It’s a big week for gospel recording artist Israel Houghton as he preps the release of his Road to DeMaskUs album. And what’s an album release without an album listening party?

Following suit to the industry tradition, Houghton gathered some of his closest friends in their home this past week to sit in on an exclusive listen, where he revealed a new song with his wife, Adrienne Bailon, called “Be Still.”

ROAD TO DEM̶A̶S̶K̶US ✞ About last night… The listening party. A night I will never forget! Grateful for so many special moments… Grateful for the presence of people we love & most of all the presence of God. So excited for this new album! ???? An impromptu – nervous performance lol – with my love @israelhoughton of one of our new songs together… “Be Still” on ROAD TO DEM̶A̶S̶K̶US – Preorder Link in Bio.

Bailon, who posted a short clip of the two performing the song, says it was an impromptu performance she was nervous about. This isn’t the first time she expressed being nervous to sing. Even though the talk show host used to be a member of R&B singing group 3LW, she’s voiced plenty of times on her daytime talk show, The Real, that she didn’t always like her voice.

Nervousness aside, the married couple agreed that it was an unforgettable night to remember. Warryn and Erica Campbell, Michelle Williams and her finance Chad Johnson, Amber Riley and Major were amongst some of the attendees, and other standout moments included…

There are certain people that you see on tv and admire from afar- then you hear how your music has affected them and it’s flattering, humbling & overwhelming all at the same time. Then you meet them & see their genuine heart. Then they come to your house & turn the room upside down! That is @msamberpriley!Effortless. Flawless. Thank you Amber for always being willing to give God the glory for your amazing gift. The best for you is yet to come. #MovingForward #DeMaskUs

ROAD TO DEM̶A̶S̶K̶US So… We wanted to have a little listening party for the new album… 2 weeks away from release. Thought we’d maybe have at most 50 people show up to our house. Instead a LOT more than that showed & we had one of the most memorable nights EVER! It ended up being less of a listening party & more of a night of worship, encouragement, inspiration & challenge. The challenge to find the courage to take the mask off & realize that God who sees the darkness, the humanness, & still loves us the same. I have to say that I am overwhelmed by the belief of my purpose partner @adriennebailon who put the entire experience together with her own money, creativity, & passion. She also sang with me which was the highlight of the night for me. There were laughs, tears, grooves, great food – @chef_mumsie & overall… Great vibes – the presence of God. We’re so grateful! Big shout out to @lana_hawatmeh who is a one woman wrecking crew of results! Grateful for @rcainspiration & their hard work as well as we travel this road together… The Road to #DeMaskUs! Thank you @bokocecile for capturing these moments that we’ll never forget. To see more… check out IG Story!

Israel Houghton’s Road To DeMaskUs is available everywhere on Sept. 28, 2018. Immediately following the release of the album is a tour that kicks off in Chicago.