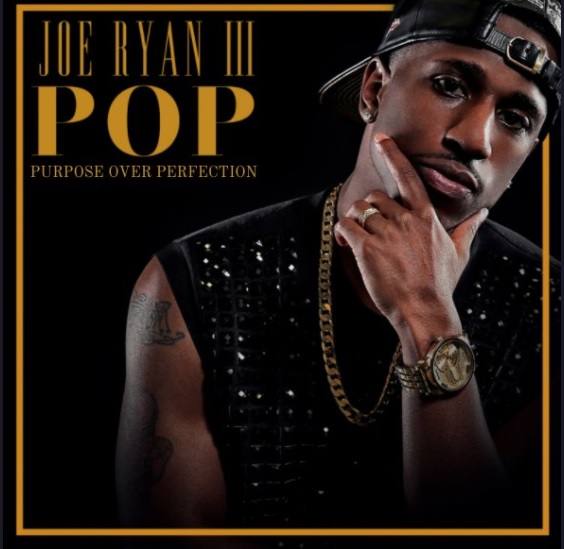 Born and raised in Flint, Michigan and introduced to music through his family’s church, Joe Ryan has long carried his religious perspective in his work. P.O.P. finds him harnessing those values and focusing on a fresh and authentic vision of what the modern Christian walk is all about. Through five songs, including the stand-out track “I Think I Need to Pray,” P.O.P. weaves faith into rap and R&B to produce a genre-bending work that challenges the scope of what a modern pop artist can be.

Joe Ryan lives by his two credos: “100% Faith, 0% Doubt” and “My backup plan is to never back down.” That determination and faith led him to leave his college basketball scholarship to focus on his music career, where he was rewarded by winning Milwaukee’s 103.7 FM “Kiss Icon Contest” while homeless and living out of his car. He parlayed that success into composing work for B.E.T., soundtracking the shows “Toya: A Family Affair” and “Hip Hop Sisters.”

Ryan took another leap of faith when he drove cross country to Hollywood, California to work with industry giants like Heavy D, The Yin Yang Twins, and MC Lyte. While acquiring placements, Ryan wrote, produced, recorded, & mixed his debut independent album 1-7-8-9 – a symbol of the amount of miles he drove to reach Hollywood. The release went to #28 on the US iTunes R&B charts and earned him an exclusive licensing deal in Japan, where his work charted higher than stars such as John Legend or Robin Thicke.

While enjoying his newfound success as his Japan-charting single “All I Want Is You” currently features on the Cartoon Network show “Teen Titans Go!,” Joe Ryan III released his 3rd Service Mixtape on Soundcloud earlier this year before starting on his first studio release. With P.O.P. (Purpose Over Perfection), Ryan III focuses his talents on helping save souls and make disciples and changing music through God’s grace, truth, and authenticity.

Throwing it back this Thursday to Named Tobias and his video for “Lost It.”