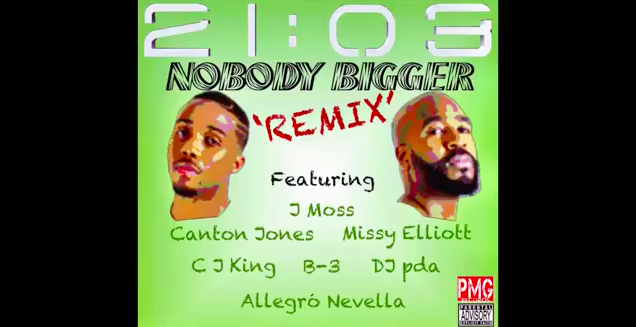 Today 21:03 fittingly stepped outside the box and released a remix to “Nobody Bigger,” a single off their chart-topping album Outsiders. Get this: The new version features singer/rapper/producer Missy Elliott!

Canton Jones, CJ King, B-3, DJ PDA, Allegró Nevella, and label mate J Moss are also featured on the remix, which was put together over the beat of Missy’s 2002 hit, “Work It.”

Jonathan McReynolds releases snippet of a feature on his new EP.