Notice: Trying to get property 'user_email' of non-object in /var/www/wp-content/plugins/slider-by-supsystic/src/SupsysticSlider/Core/Module.php on line 142
 The Rubyz "Breathtakingly Beautiful" (NEW VIDEO) 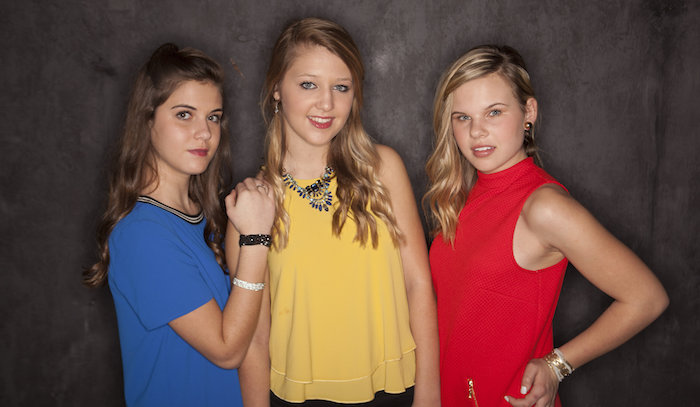 Earlier this month, The Rubyz released a video for “Breathtakingly Beautiful” off their new album, I’ll Follow You (June 17). It’s the teen trio’s fourth inspirational project, which will be complimented by performances in the Family Fest tent at the youth-targeted Creation NE and Creation NW festivals this summer.

“I am so incredibly excited for people to hear the music, and for us to perform our new songs for the first time,” they said in a press release. “It’s such a long process getting the songs produced, perfected and choreographed … can’t wait to finally perform them at Creation!”

The Rubyz have seen a shift in group members since debuting in 2006 and currently feature 14-year-old Addy Schneider, 14-year-old Jessica Coffey and 17-year-old Tanner Davis. Their mission? To inspire tweens to “think of themselves as VIPs – young adults focused on Value, Identity & Purpose.”

That idea’s referenced all over “Breathtakingly Beautiful.” Watch:

Plus, did you know there’s a Beyonce Mass in San Francisco?