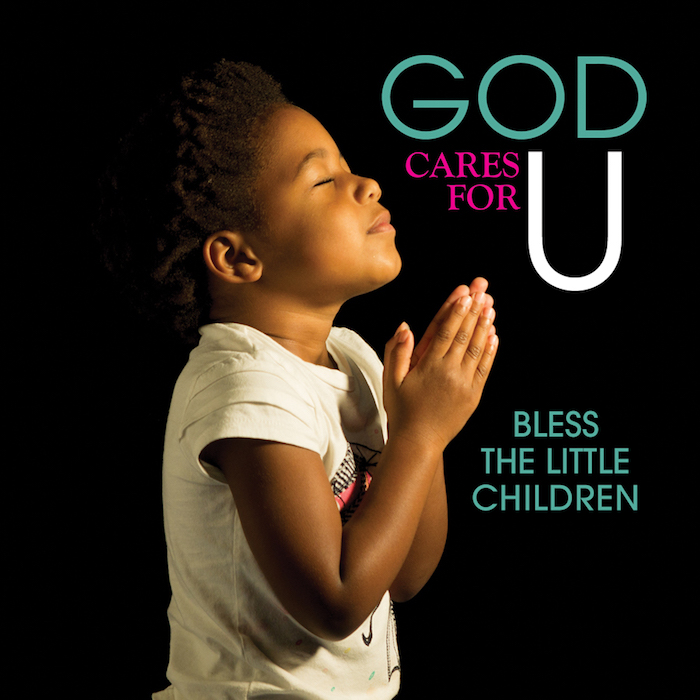 Tyscot Records will release the third installment in its successful ‘God Cares For U’ compilation series with, God Cares For U – Bless The Little Children (Tyscot Records/SRP: $9.99), on September 1, 2017. Buy Link: http://smarturl.it/4ycknh

The fourteen-track set is a playlist of simple songs of faith such as “Grateful” (DeAndre Patterson), “Journal” (Casey J) and “The Greatness of Your Love” (Dr. Leonard Scott) alongside songs from the Tyscot Gospel Kids series such as “Count Your Blessings,” “Jesus Loves the Little Children” and “Wade in the Water.” The Gospel Kids songs also provide a sing-a-long split-track feature; pan to the right gives you only the vocals to learn the lyrics, and a pan to the left gives you just the music (no vocals) to sing as a family. All of the tunes emphasize faith and family-friendly values. There are also uplifting contemporary songs such as “Better Days” by the award winning Anthony Brown & group therAPy, “I Will Trust” by songstress Damita and “You Don’t Know” contributed by the legendary Rance Allen Group.

The ‘God Cares For U’ series launched in the winter of 2013 with God Cares For U – Songs of Inspiration. The inaugural compilation album featured inspiring songs such as “Keep Lovin’ Me” by Shirley Murdock & Kelly Price and “He’s Able” by Darwin Hobbs. The second edition, God Cares For U – Give Him Glory, boasts tracks such as “It’s Already Done” (The Anointed Pace Sisters) and “And We Are Glad” (Joe Pace), and in 2016, this second edition peaked at No. 13 on the Billboard Gospel Albums sales chart.