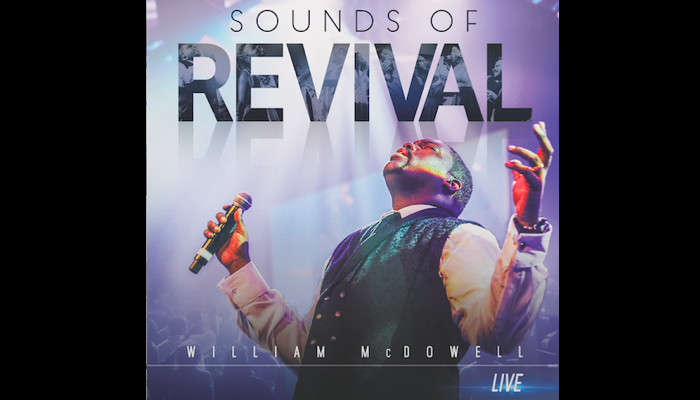 On January 22, 2016, William McDowell will be releasing another live album called Sounds of Revival, which was recorded last June at Bethany Church in Baton Rouge, LA.

McDowell says the “sounds of revival” theme of the album was birthed out of a need for spiritual renewing and recovery not only in our individual lives, but the church body as well.

“Sounds of Revival is meant to be a catalyst to stir the desire of revival in the hearts of God’s people,” he said about the new album. “We know that the earth is in desperate need of revival and I pray that this experience awakens something in our hearts!”

Full of songs including his Top 10 single “Send the Rain,” Sounds of Revival is set in praise and worship and this live rendition is expected to turn that up a notch.