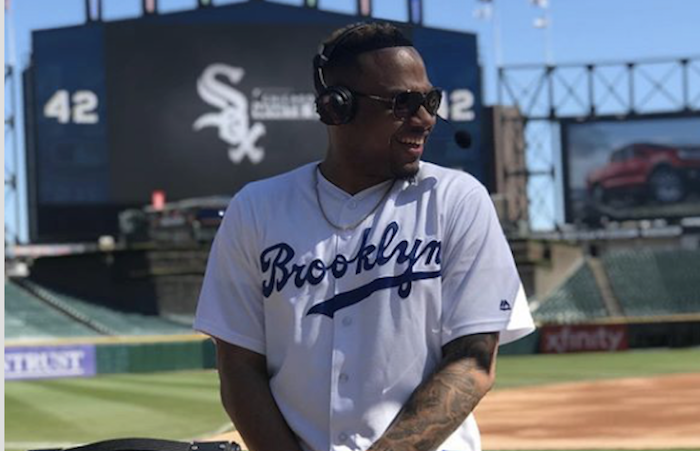 On April 15, the Dodgers held a special ceremony, Jackie Robinson Day, celebrating the life of Jackie Robinson who was an advocate for equal rights and the first African American to play in Major League Baseball.

Gospel singer Todd Dulaney, who actually left a professional career in baseball to pursue music, was on the field to celebrate what Robinson did not just for baseball, but for the advancement of all people, together. “What Jackie Robinson has done, I’m telling you it made it a possibility for all of us to get together and even be on a show like this one today,” he said.

This year marks Jackie Robinson’s centennial year (100) and it left many, including Dulaney, reflecting on teachable moments he shared that will live on forever.

“We’re better together,” Dulaney said continuing conversation on Robinson’s legacy. “You learn that in sports and you learn that in baseball. If we want to move to a common goal and win a world series, it’s going to have to be together. The same thing goes across the board for the United States of America and anybody else who wants to reach something. We gotta do it together.”

As Dulaney himself continues to reach people all over the world, through sports and music, check out the music video to his hit single, “You’re Doing It All Again,” which is currently at 1.4 million streams (audio and visual combined)!

Watch the powerful video inside…