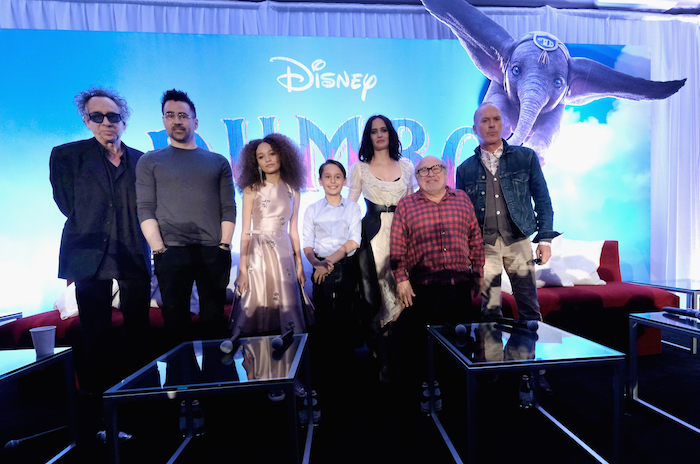 We’re just a few days away from the highly anticipated release of Disney’s Dumbo and in true Disney fashion, it’s magical!

It’s the classic story that celebrates differences in a new light – both literally and figuratively speaking. Walt Disney brought the story to life more than 70 years ago in 1941, so you can imagine the modern day visual as a plus to the already inspiring story that comes at a time where unity is a lesson we could all learn from in today’s age where our differences still tend to separate some.

Cartoons always had a way of bringing out the innocence and unity in people, and while the new Dumbo 2019 has special effects similar to a sci-fi fantasy adventure, we expect the same thing this go-round.

“The idea of running away to join the circus is a feeling that has always stuck with me,” Burton says. “I never really liked the circus with the animals, the clowns, the uncomfortable death-defying acts and—did I men?on?—the clowns! But I understood the idea of it, joining a weird family of outcasts who don’t fit in with normal society— people who are treated differently. That’s what ‘Dumbo’ is about.”

During a press conference for the film, producer Derek Frey pointed out that most people easily recognize Dumbo by his ears and cape, but the little guy’s story is much deeper. “They may not remember every beat of the story, but they remember the tender moments as well as certain realities of the world that weren’t expected in an animated movie. It’s the kind of story that became a part of your soul as a child.”

Watch the actors describe what it was like working on the magical set of the reimagined movie, which hits theaters on March 29:

NBA superstar Kevin Durant and his mother Wanda are the subjects in a new Lifetime movie called The Real MVP: The Wanda Durant Story.