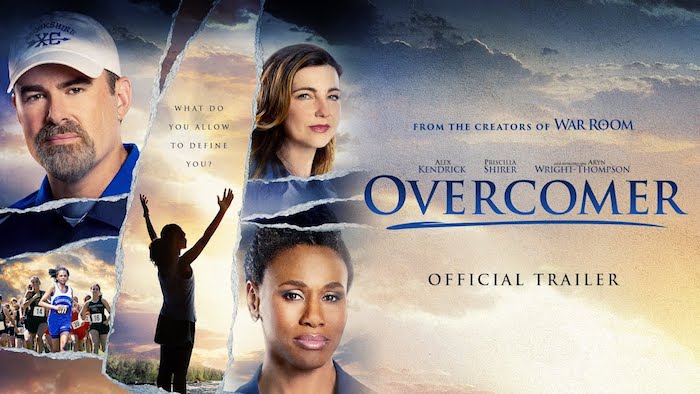 The faith-based film Overcomer earned an A+ CinemaScore grade from moviegoers and opened in the top three movies in theaters over the weekend, grossing $8 million. It’s the fourth straight time a movie from filmmakers Alex and Stephen Kendrick has debuted that high.

Best part? It’s about God! But the filmmakers take pride in the flick not being a movie only for people who know about God.

“There’s a temptation to water down the truth, and the whole time we’ve been very overt and open about what we believe,” Stephen Kendrick told Christian Post. “This story doesn’t water down the Gospel, and it’s embedded with the truth. We believe, now more than ever, that the Church needs to hear overt truth. But we also understand the need to go to nonbelievers and communicate biblical truth in like a parable format as Jesus did. We try to package truth in an inspirational story that anybody can relate to. Everybody’s going to be touched by marriage difficulties at one point or another, or the trials that come with losing your identity. So regardless of what you believe, you’ll laugh, you’ll cry, you’ll enjoy the movie, even if you don’t know the Lord. We try to include the Gospel in all of our movies so that a nonbeliever will hear it and hopefully come to Christ as a result of it.”

Overcomer follows a story about a high school basketball coach who was discouraged after his town’s largest employer closed and forced hundreds of families to move away. As a result, his best players moved away and transitioned into a job to coach cross country.

The movie’s themes were taken from Ephesians 1-2 in the Bible where it talks about what we allow to define us. Producer Stephen Kendrick called it a “matter of the heart.”

God IS the pulse.