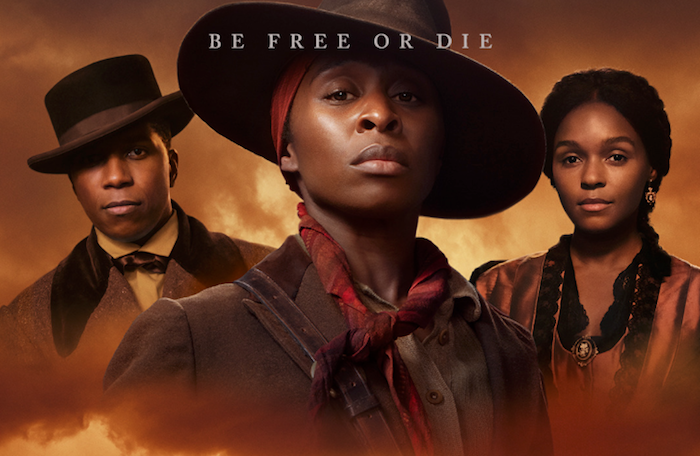 We know the story of Harriet Tubman, but we’ve never seen it play out like this before: The character detail is exceptional, the intentional word choice is encouraging, and the clever wit sprinkled throughout the film is welcoming.

On November 1, Focus Features will debut the Harriet movie which is based on the true life story of Harriet Tubman who escaped slavery and paved a way for others to as well (click here to purchase tickets).

Below are three things to take away from watching the film…

“Survival of the fittest” meant everything during slavery and even now in 2019. Some people put up a fight and some submit to their conditions. In that time, running and snitching were two prevalent keys to staying alive during turbulence. Harriet always chose the latter despite the obstacles and she always went back to help more people find their way to freedom once she got a taste of it. If you were free, would you go back to your captive state to help save others—some of whom questioned your abilities? We all know Harriet did (hence, the Underground Railroad stories) but she did so even when it got too dangerous to.

There was a point where Harriet came face-to-face with her master on a bridge when she first tried to escape. She was trapped and the only way out was to jump into a river. Most would’ve surrendered in the moment instead of jumping to what might’ve been their death, but Harriet said she’d rather die than live another day enslaved. There’s a lesson to be learned there.

The hymns in Harriet are chilling. The meaning of the historic songs hit different when referred to a literal road to freedom. Such was so with Moses (also referred to as Harriet’s alias) who was called to let his people go in the Bible’s book of Exodus and YOU who are you given the opportunity to walk by faith and not by sight into an abundant life.

Anything is possible with faith.

Harriet Tubman = The Moses Of Our Time

Harriet Tubman was able to help lead people to freedom because she was led by faith. Pre-order your Harriet Movie tickets here: http://bit.ly/2o22Omh

Posted by GospelGoodies.com on Monday, October 21, 2019

Jor’Dan Armstrong’s got some heat dropping this winter.