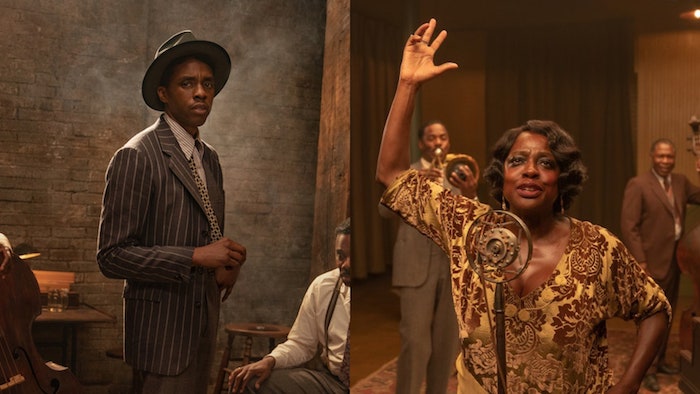 Ma Rainey’s Black Bottom on Netflix is more than just a recount of the Mother of Blues and her band. It’s an emotional look into what made them artists & what they were worth to each other and corporate America in the early 1900s.

Ma Rainey was a tough cookie. Hard on the outside but soft on the inside. She believed in herself and her family, and she was demanding because she knew what she was worth to people who benefited from her fame. Case in point: Some might look at Ma Rainey advocating for her stuttering nephew to have a talking part on her recording as stubborn, but she used her influence to create an opportunity for someone that no one else would give a chance and she believed with her whole heart that he would be successful at his task. In another instance, Ma explained how she was demanding because her talents allowed her to be at a time where people cared more about what she could do for them than who she was: A smart, fierce Black woman. Corporate America took advantage of how she could make them money, so she took advantage of what they were willing to do to keep her happy. We saw this play out in the storyline of Levee (played by Chadwick Boseman) as well.

2. Trauma Can Make Or Break You

Watching Chadwick Boseman in Ma Rainey’s Black Bottom is like watching family hurt through passion — that is, on and off the screen, considering Boseman’s silent suffering with colon cancer and Levee’s silent suffering with mental health. Their passions were God sent. And their passions kept them going. Levee though, who experienced extreme racism as a kid when white men raped his mother and killed his father, didn’t believe in God or God’s plan. What he experienced made him not trust God and he definitely didn’t trust white men. He also knew how to play the game to get what he wanted. However, his built up anger towards God and towards white men came to head by the end of the film. God disappointed him again and a white man broke his promise to let him record a song he wrote (which ultimately got passed along to a white band). His frustration led to the accidental death of his bandmate and the end of his career and life as a free man.

From lessons of dealing with trauma and recognizing your own power and influence to understanding God’s plan to prepare us for what he prepared for us, Ma Rainey’s Black Bottom comes as a reflective visual during a reflective year of transition we’re all currently facing in the world.

Peep the trailer below and check stream it now on Netflix!

David and Tamela Mann return to TV this Spring with a new sitcom on Bounce TV called Mann & Wife.