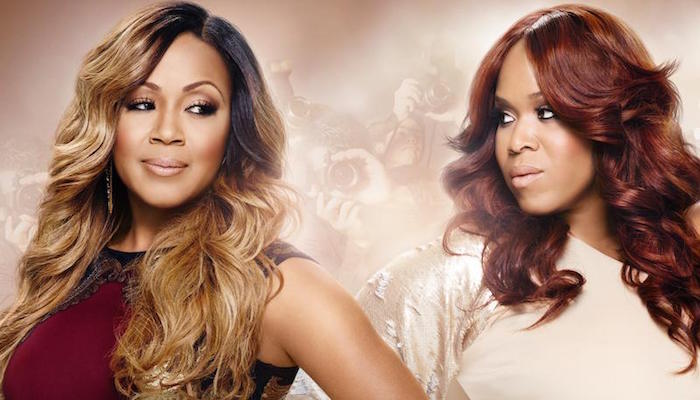 It’s become one of WE Tv’s most popular series, but Mary Mary is coming to an end after six seasons of following the life of Erica Campbell and Tina Campbell who make up the gospel group of the same name.

“I’m so grateful to have shared the last several years of my life, personally and professionally, with all of the supporters of the viewers of our reality show. We’ve written and recorded songs together, we’ve released albums together, we’ve been pregnant together, we’ve had babies on the show, we’ve had the worst of times in our families and have had the best of times with our family. You’ve watched our children grow up. Heck you’ve watched Erica and I and the rest of our family grow up over these years. We’ve established an identity together and separately and you all have been with us for the entire ride. I can’t possibly find the words to truly express my gratitude for this experience so I’ll just say thank you, thank you, thank you, to everyone who made it happen and to everyone who watched it happen. It’s been great.”

via WE Tv: Season 5 of “Mary Mary” ended with high tensions between Erica and Tina, leaving fans to speculate about the fate of the group. At the same time, Goo Goo planned to transition from her role as their stylist to pursue her personal dreams. On season 6 of “Mary Mary,” the group braves global terrorist threats to take on their biggest world tour yet.  But competition over each of their growing solo careers, and long buried emotional demons that resurface in the Holy Land prove to be the ultimate test of their sisterly bond.

“We are grateful to our fans for going with us on this journey, from the highest of highs to the lowest of lows, we can’t wait to return this fall to complete this part of our story,” Erica Campbell said.

Mary Mary returns to WE Tv for its finale season on September 28 at 9 p.m.

The iconic Verity Records gospel music label is back!