Notice: Trying to get property 'user_email' of non-object in /var/www/wp-content/plugins/slider-by-supsystic/src/SupsysticSlider/Core/Module.php on line 142
 Never Forget: 4 Memorable Moments From the 'Mary Mary' Series 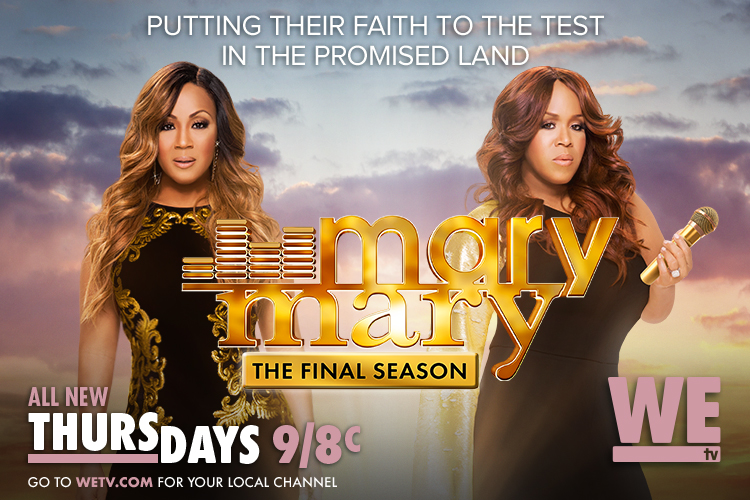 The Mary Mary reality series may be coming to an end, but the memories Erica and Tina Campbell shared with us will live forever. Check out four unforgettable moments from the series where the sisters welcomed us into their homes in the most raw and transparent scenes below…

It was at this moment where Mary Mary fans were unsure whether or not the group would survive. Erica and Tina did end up doing a couple solo projects, but still tour and perform together. It’s great to see the sisters move past their differences, put family first and be great examples to us watching.

Erica Campbell not only invited her entire family into the delivery room where she was giving birth to Zaya, but the entire nation of people who watched WE Tv that episode. She’d been having difficulties but finally pushed through. Literally!

A great lesson was learned here: You can be nice without compromising your peace, and it shouldn’t have to be at the expense of your sanity and comfortability. After offering their manager many chances to step up, Mary Mary finally ended up letting Mitch go.

4. Infidelity Between Teddy and Tina Campbell

Watching Tina’s marriage unfold after she found out Teddy cheated was hard to digest. Thanks to faith, love won. The two renewed their vows and a great book, music and tour was birthed (It’s Personal). Now, they’re stronger than ever.

Todd Dulaney  hosted a live concert in the parking lot of Calvary Church of Naperville.