Notice: Trying to get property 'user_email' of non-object in /var/www/wp-content/plugins/slider-by-supsystic/src/SupsysticSlider/Core/Module.php on line 142
 Jamal Bryant & John Gray React to Backlash of 'The Preachers' 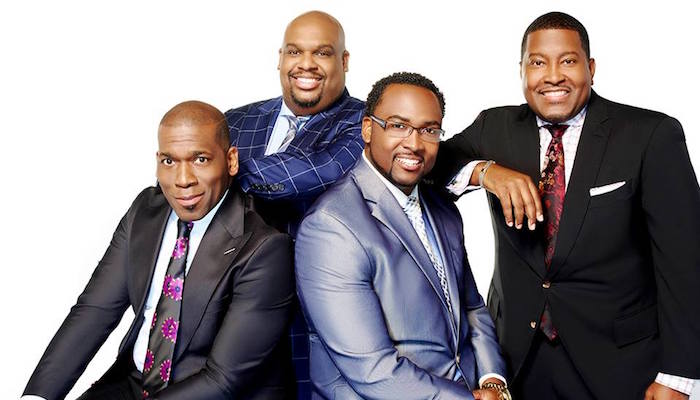 Bryant, Dr. E. Dewey Smith Jr., Pastor John Gray and Pastor Orrick Quick debuted their new talk show last week on FOX, kicking off with unfortunate news of the fatal police shootings that resulted in the death of Alton Sterling (Baton Rouge), Philandro Castile (Minneapolis) and a revenge attack that killed five police officers during a peaceful protest in Dallas. Plus, talk on open-marriages when comedian/actress Mo’Nique and her husband dropped in to share how they sustain a happy home.

Gray was called an Uncle Tom after sharing the story of how he brought gifts to the police station after being racially profiled in his own driveway by a cop; Bryant (oh, Pastor Bryant LOL) joked about how he was into open-marriages – he just “forgot to tell his last wife,” who he’d cheated on.

In watching the show, one thing you have to remember is, these pastors are human just like us. Bryant put it best: “Believers believe in the Word of God and that it applies except for one scripture. The only scripture people don’t apply to their pastor is that all have sinned,” he said. “They believe that for everybody else, they just don’t believe their pastor has. So please note, during the course of this show, we may say some stuff, do some stuff, that you don’t agree with, that you don’t like… pray for us. God ain’t finished with us yet. But at the end of it all, you’re going to say they are four incredible men who stood for God.”

Peep their reaction to the backlash below:

RELATED: Sherri Shepherd Shares Concern For Her Son’s Interaction With Police on Episode of ‘The Preachers’

The theme? NOTHING CAN STOP US.