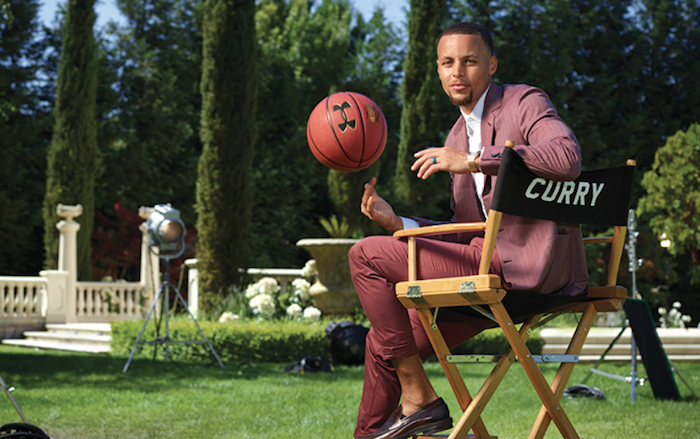 Golden State Warriors champ Steph Curry made the cover of Variety magazine and revealed he’s taking a shot at Hollywood through faith-based and family-focused films.

“It’s not about me hitting people over the head with a Bible and telling them they have to believe a certain thing, or think a certain way…I don’t mind being called corny,” he said about his efforts and values. “I’m comfortable with who I am.”

Curry understands his responsibility as a public figure and role model, and he’s not shy about his faith. In fact, he made it a part of his Under Armour deal that incorporated the Philippians 4:13 scripture numbers. So, the partnership is no surprise.

“It was very important for us as a company to sign Steph,” Jeffrey Godsick, executive VP of brand partnerships and global strategy at Sony Pictures Entertainment, said. “He chose us over many other opportunities he had because of the diversity for the company in so many different areas of entertainment, gaming, music and TV. We cover every area of pop culture and entertainment. That was important to him.”

Some potential movies in production include a biblical animated feature and a comedic movie with a working title called Church Hoppers – a Christian spin on the popular Wedding Crashers film.

COVER STORY: @StephenCurry30 takes a shot at a new game: Producing for Hollywood. Click the link in bio to read more about the NBA superstar’s plans to make family-friendly movies and TV shows. ???? @matthiasclamer for Variety

“Even if he’s insincere, the Gospel message is very clear and evident.”