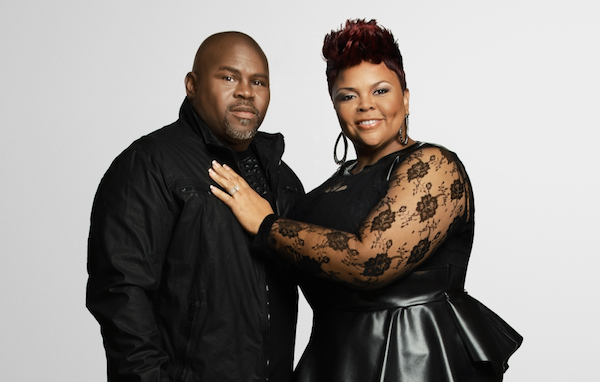 David and Tamela Mann are opening their door for a new docu-series, The Manns, set to debut on TV One this upcoming spring.

“We are excited to have David, Tamela and the Mann family join TV One because they represent the best of R.E.A.L – relatable, engaging, authentic and loving,” TV One SVP of Programming and Production D’Angela Proctor said. “The Manns are a great modern day example of a family that works together, plays together and prays together.”

The hourly family-friendly show will follow the fam as if they were your own. Think, raw, drama, faith, fun – real moments they otherwise live through off stage.

“The Manns have delighted and inspired audiences through a string of Tyler Perry plays and movies, as well as the television series, ‘Meet The Browns’ and ‘Mann & Wife.’ The new show will reveal the often hilarious and sometimes controversial interactions between David and Tamela, their four grown children, eight grandchildren and a slew of friends, extended family and other characters that enrich the lives of the entertainment power couple. With recording careers, touring, filming and managing an outrageous family, the Manns often find themselves negotiating from the conference table to the kitchen table while showing viewers the day-to-day challenges, successes and joy that happen behind the scenes with this beloved couple who has been married for 29 years.”

The premiere date has yet to be revealed, but it’s expected in Spring 2017.

Henry Hall talks new single, “You Were There,” and more!