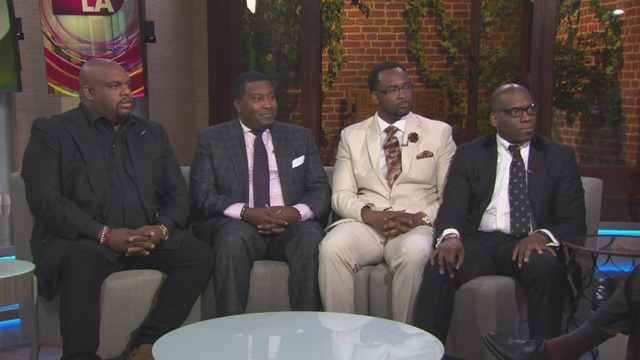 Four pastors are joining the daytime talk show wave this summer for a three-week daily preview deal with Fox and Warner Bros.

The Telepictures Productions-produced show is fittingly called The Preachers, whereas the hosts are made up of the following:

“Our last preview with a preacher (Father Albert) went so well, doing one with four seemed like a no-brainer,” Frank Cicha, Senior Vice President of Programming at Fox said, according to deadline.com.

“After The View, I figured I’d never do another panel show, but these preachers knocked me off my feet,” Geddie said. “They’re not just another set of talking heads yakking about the events of the day; they bring real-world experience as pastors and counselors. They have a unique spiritual take on things, and they’re funny as hell…I mean, heck.”

The test run for the new talk show kicks off July 11 on select Fox stations across the nation.

The stars of upcoming panel talk show “The Preachers” stop by #TheReal this Tuesday to tell us all about their new show. Watch as @realjohngray @jamalhbryant, @edeweysmith, and Orrick Quick talk about the message they’re looking forward to sharing with the world. Tune to for more, TOMORROW!

Keyondra Lockett is set to debut her solo album in summer 2018.