Notice: Trying to get property 'user_email' of non-object in /var/www/wp-content/plugins/slider-by-supsystic/src/SupsysticSlider/Core/Module.php on line 142
 War Room Movie Tops Box Office after Two Weeks in Theaters 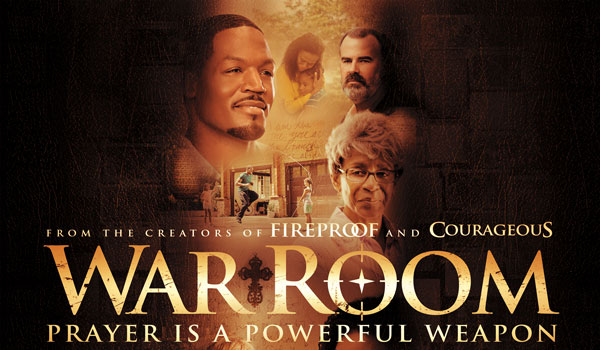 War Room took the no. 1 spot in box offices this Labor Day weekend, earning an estimated $12.6 that pushed Straight Outta Compton down one. Surpassing projected expectations, the faith-based film has accumulated a total of about $27.9 million since debuting in theaters last weekend (August 28).

In the movie focused around the power of prayer, War Room follows the story of a picture perfect family who internally does not have it together and heeds the advice of their elder.

It comes from Christian film-makers and brothers Alex & Stephen Kendrick.

A group of employees are being recognized for their selfless actions towards a grieving widow pulled in their drive-thru.