Notice: Trying to get property 'user_email' of non-object in /var/www/wp-content/plugins/slider-by-supsystic/src/SupsysticSlider/Core/Module.php on line 142
 Andy Mineo Dedicates "Hear My Heart" Video to the Deaf 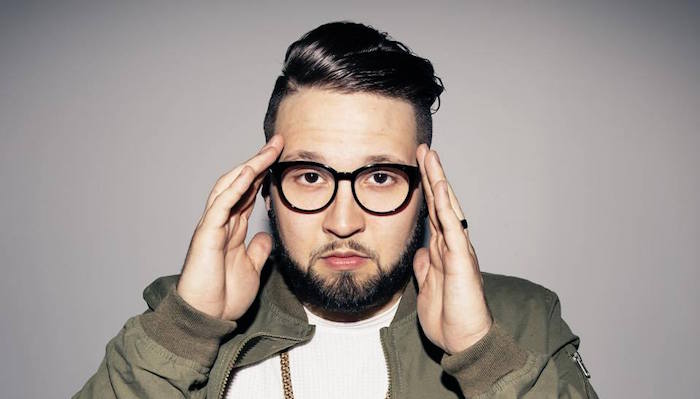 Did you know Andy Mineo’s sister is deaf? Most would expect him to know sign language (how else would he communicate with her?), but he didn’t learn until recently.

He writes,
“About 3 years ago, I was at my nephew’s graduation sitting at a picnic table, and a group of Deaf people came over and started speaking to me in American Sign Language (ASL). Awkwardly, I tried to respond with them by mouthing, “I’M SORRY! I DON’T UNDERSTAND. I DON’T KNOW SIGN LANGUAGE.” They all looked at me with a bit of confusion. My sister, Grace, who is Deaf, came over and used ASL to explain to the group that I didn’t understand their language. I knew what they were thinking: “You have a deaf sister, and you don’t know ASL?”

As they continued using ASL with each other, I sat there, utterly alienated from the animated conversation around me. I had no clue what they were saying, and I wondered, “Are they talking about me? Are they saying nice things? Mean things? Are they making fun of me? I want to know! I feel so left out!” At that very moment and for the first time in my life, I felt to a small degree what it was like to be my sister – to be a deaf person in a hearing world. I felt what it was like to be the minority. To be left out of the conversation. To try and catch even a word here or there. How lonely! How isolating! How frustrating!”

This encounter with his sister influenced a song of his called “Hear My Heart,” which stands as a public apology to Grace and awareness of a “culturally neglected community.”

It took him about a year to release a follow up video, but it had to be right. This International Week of the Deaf, normally recognized during the last full week of September, Andy wanted the deaf to not only read his words, but also feel . The thoughtful song boosts a heart beat-like bass line he used to compliment the three-dimensional objects in the video that might allow deaf viewers to follow the vibe.

On the flip side, Andy also created a scenario during his tour where people imagine for a minute “what a soundless world is like.” He says, “While I was touring for my album, Uncomfortable, I built into the show a moment in which I intentionally muted all of the sound, but I continued performing. Everybody in the audience was lost. They shouted things like, ‘Hey! The sound went out! We can’t hear you!’ and I just kept performing for about a minute in total silence until the lights went black. A single spotlight then landed on me and I signed: ‘Have you ever imagined what it would be like to be deaf? My sister was born deaf, but I never learned to sign.’ People were getting it.”

Check out the finished visual below.

Knowledge is power; peep Andy Mineo’s “Hear My Heart” ASL chart below and click here to read the rest of his statement. 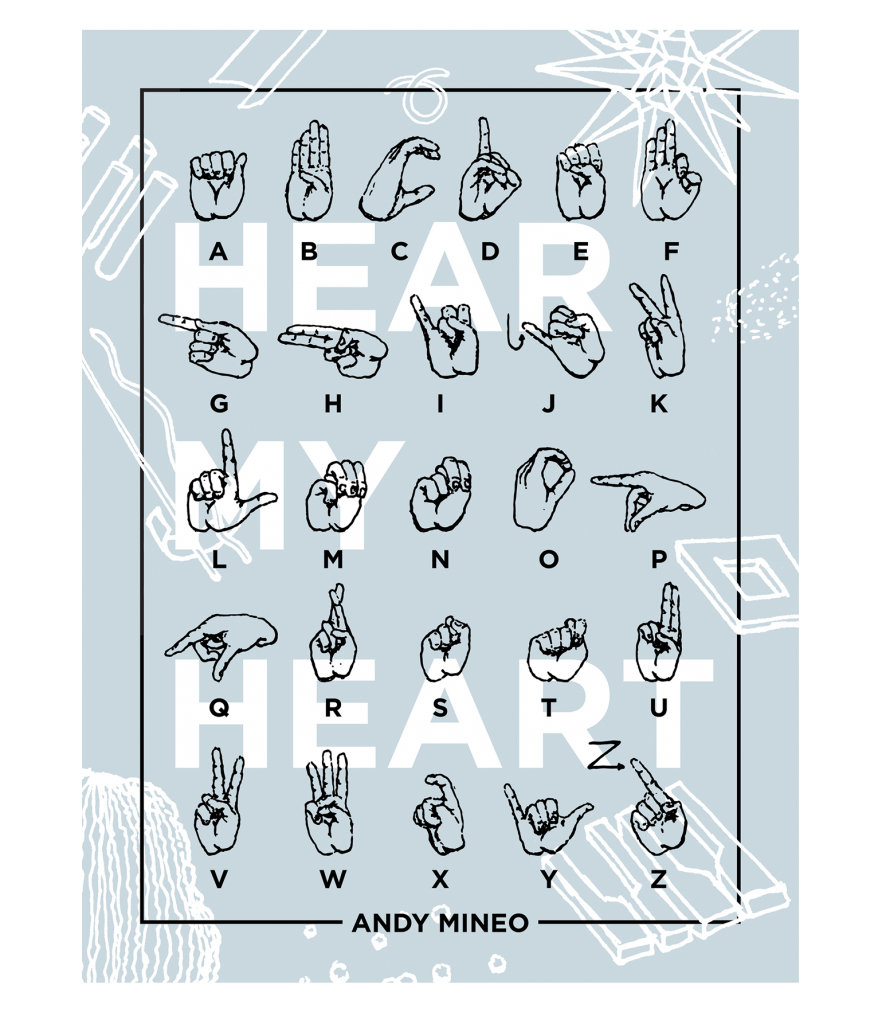 KlarKent describes their collaboration process, reacts to criticism of their diverse sound, opens up about their forthcoming album & more!