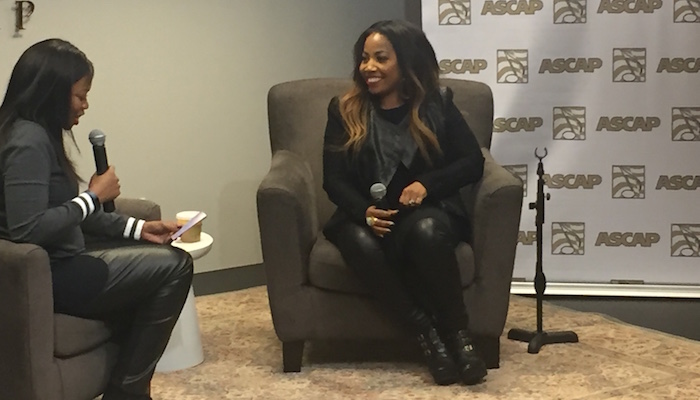 Janice Gaines hit the ASCAP office in New York City on October 19 for an intimate listening session where she revealed the making behind her newly released debut album, Greatest Life Ever.

“I grew up with a mom who knew not how to just take it to church on Sunday, but a mom who just knew her craft,” Gaines said, attributing her skill and stage presence to what she learned from watching her mother sing.

In addition to sharing different stories that inspired her throughout the album – another including the story of how watching her pregnant friend battle and lose her life to cancer inspired a song of hers called “Make a Way” –  Gaines also blew the room away with a performance of her current single “Wait On You.”

Press play below to watch…