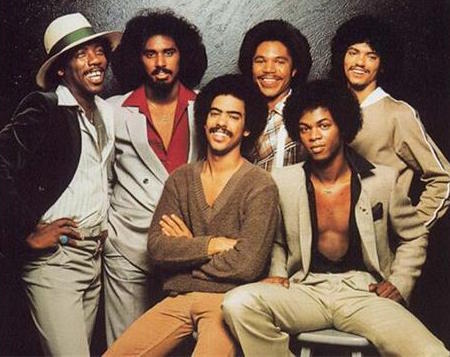 We’re taking it back a little far, but if you’re a music lover or have been around oldheads long enough (somebody’s granny or mama played it!), you probably remember this song called “I Call Your Name.”

Most people mistake it for a DeBarge song, but it was actually released by Switch (Bobby & Tommy DeBarge, Phillip Ingram, Eddie Fluellen and Jody Sims), which was founded in the mid-70s before the other DeBarge siblings became a group.

Its most recognizable sample was in Rich Boy’s 2007 single, “Throw Some D’s,” but Ne-Yo also sampled the classic in “It Just Ain’t Right” and Big Sean/John Legend in “Memories.”

During the time “I Call Your Name” was written, Bobby DeBarge was dating LaToya Jackson (Michael Jackson’s little sis) and it was assumed she inspired the melody. While that’s never been totally clarified but makes total sense, a recent episode of TV One‘s Unsung reveals the song may have also been spiritual.

Could it be? Let’s take a look at the lyrics…

The revealing intro paired with the amount of time “baby” is mentioned in the verses screams I love you girl. But the chorus goes: “I call your name girl (whenever I am lonely baby)/ I call your name (when I feel the need of love)/ I think of you, and it eases the pain/ Take away the strain.”

“Girl” was thrown in the chorus too, but what if that was added later? Peep the episode that raised the question below and decide for yourself, haha: