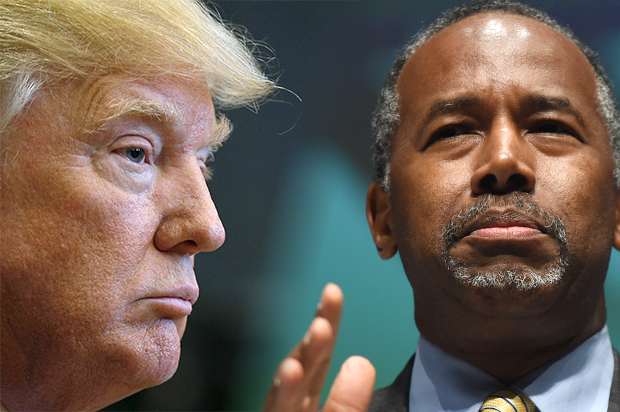 If you missed the latest presidential disagreement amongst republicans, you missed when Ben Carson called out Donald Trump for never asking God for forgiveness and declining to share what his favorite Bible verse was in a previous interview. He called it “personal.” Carson lowkey called it a bluff.

“I’ve realized where my success has come from, and I don’t in any way deny my faith in God,” Carson said in Anaheim, Calif. last week, comparing his ways to Trumps. “And I think that is the big difference.”

Trump hit back via his appearances on The View and New Day voicing “[Carson] should not be questioning somebody else’s faith when he knows nothing about that person.” Despite Carson’s apology, Trump still retaliated with other irrelevant jabs he’s known for throwing.

“I said something that sounded like I was questioning his faith. I really wasn’t,” Carson told The Wall Street Journal.  I was really talking more about mind. But it was said in an inappropriate way, which I recognized and I apologized for that. It’s never my intention to impugn other people.”

Trump, however, says Carson was never religious until the race for president started. Not sure that’s for any of us to determine. And not sure this will die down as faith and politics is always a touchy subject. But, we want to know what you think about it all.

Check out Bri Babineaux’s new video for “My Everything.”