Notice: Trying to get property 'user_email' of non-object in /var/www/wp-content/plugins/slider-by-supsystic/src/SupsysticSlider/Core/Module.php on line 142
 BMI Revokes Kim Burrell's Trailblazers of Gospel Invitation 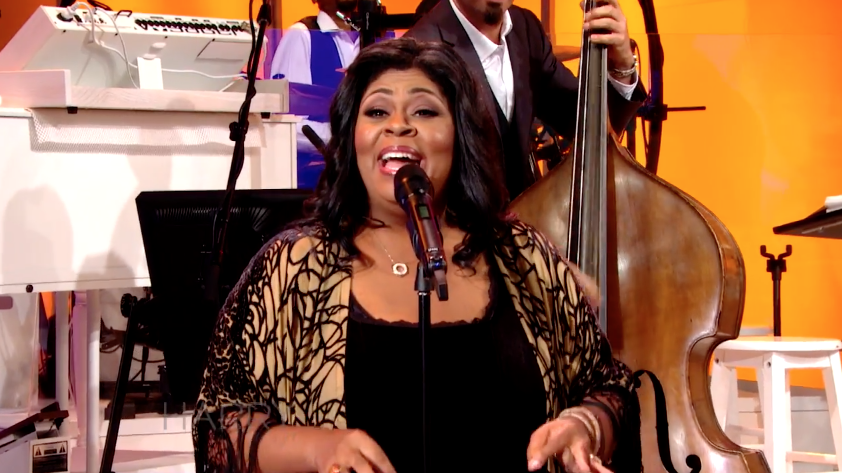 Kim Burrell is still facing heat after a video of her preaching about how homosexuality was perverted emerged. After being nixed from her KTSU radio show and her performance with Pharrell on the Ellen Show, BMI followed suit, uninviting her from its annual Trailblazers of Gospel Music Honors where Burrell was set to be awarded with Marvin Sapp.

In a statement released on January 6, the Broadcast Music Inc. said: “BMI’s Trailblazers of Gospel Music is an annual celebration of gospel music and its many talented songwriters. Given the controversy surrounding this year’s co-honoree Kim Burrell, we have asked her to not take part in the ceremony in order to allow the focus to remain on the songwriters and their music. BMI was founded over 76 years ago with an open door policy to welcome songwriters across all genres, and that same spirit of tolerance, diversity and inclusiveness continues today.”

Many have spoken against the anti-LGBT part of Burrell’s sermon calling it hate speech, but Shirley Caesar and Tasha Page-Lockhart recently brought to light a different angle of the scenario.

“All of us have made a whole lot of mistakes. If walls could talk, if hotel beds could talk…if you were going to say something, you should have said it four years ago when our President made that stuff alright,” Pastor Caesar said in response to news of Burrell’s backlash. “Being a Pastor…I’m learning to process it before I speak. I’m learning now to not speak too fast, because once it’s out there, it’s gone.”

Tasha Page-Lockhart took to Facebook live to share a raw and heartfelt video expressing her thoughts on the whole ordeal.

“You can get cancelled off a gospel TV show for preaching the word of God? I’m just so heartbroken over the state of the church and the state of this industry,” she said. “We’ve been silent long enough. This is what we believe. And I’m standing on it. No, no sin is greater than the other. Jesus died on the cross so we can be free from the bondage of of sin, no matter what that sin may be. Everybody else can say whatever it is they want to say. Everybody else can exercise their [first] amendment: freedom of speech. How come the church can’t say what we want to say? How come we can’t stand up? How come we can’t have a voice? We have to be quiet. [We] have to worry about record sales…you mean to tell me I gotta so concerned about being booked that I cannot stand on the Word of God and I cannot give the Word of God a voice?”

In case you missed it:


The Activist Mommy had this message for Christians:

Pastor Jason Nelson is back with a new radio single and video.