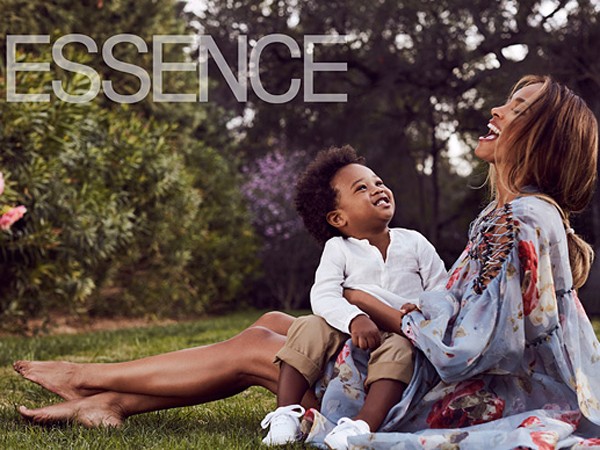 Ciara is delighted by living in the moment, having accomplished things she remembers dreaming of as teenager: Becoming a world famous singer, selling millions of records, becoming a mother and creating a family.

In her interview with Essence for their May 2016 where she covers the mag in floral, the 12-year R&B vet explains how she could’ve given up on love after a very public split from the father of her child (Atlanta rapper Future), but instead, decided to put her faith in God.

Here’s what CiCi had to say about…

….becoming a single mother:
“The moment I realized I was going to be a single mother, I had to reflect and reorganize my thoughts. I decided to trust that God had a plan for me, and move forward one day at a time.”

…her new relationship with Seattle Seahawks quarterback Russell Wilson:
“I remember telling my friend the kind of guy I wanted: a God-fearing man with a very fun spirit who loves kids and would really, truly care for me. I was very specific because I do believe you can have it all.”

…how her grandparents’ love story inspired her:
“They were married for 55 years. We lost my grandfather five years ago, and they were in love until his very last day. He was literally in her arms. That’s the kind of love I want. A true love that can outlast and withstand anything.”

In case you missed it: Russell Wilson popped the big question to Ciara back in March 2016 and she said yes! The two, who’ve openly shared that they were practicing abstinence, are headed for marriage.

My Mom Told Me She's Been Waiting 10 Years For Me To Be On The Cover Of @Essence! Lol. Momma It Happened! HaHa ❤️. So Cool. #Grateful #MothersDayIssu #DoubleCover #May #Essence

Behind The Scenes. #Essence ❤️

Me and My Bayeebay ❤️ @PoloRalphLauren

DMX has been vocal about his aspirations to become a pastor and it looks like he’s one step closer.