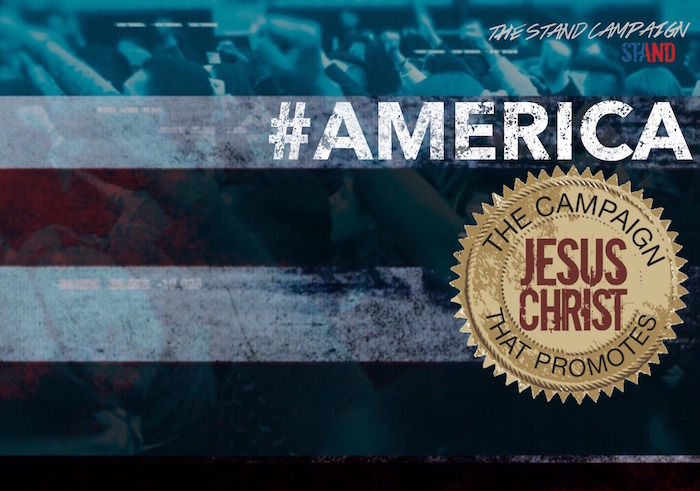 Veteran syndicated radio personality Cory “Coco Brother” Condrey is gearing up to release an album titled America to line up with Stand Campaign he hopes inspires Americans to stand for all of America.

“This isn’t the America your parents grew up in,” Condrey says on the opening track. “America’s not what it used to be and we can’t argue about is it greater or is it not but America will be what we make it.” He references leaders of the Civil Rights Movement and asks, “What are we going to do today in America?”

#TheStandCampaign comes at a time where racial tension is at an unusual high in comparison to the progression the United States has made over the past few decades, but Condrey believes Jesus Christ is the answer to America’s various challenges.

He’s taking the idea of “love, unity and hope” to New York City on September 11 for a Stand rally that will kickstart others around the nation. America will serve as its soundtrack, featuring Da’T.R.U.T.H., Joann Rosario-Condrey and more; it’s due at select retailers and digital outlets everywhere on September 9.

If you’re interested in taking a stand, join him on 9/11 at 2:30 p.m. in Herald Square Plaza in front of Macy’s (34th and Broadway). If you’re not in NYC and want to get involved, visit thestandcampaign.com to sign up your city.

RELATED: Jonathan McReynolds Addresses the Complexity of the 2016 Presidential Election

Jonathan McReynolds releases the visual for “Pressure,” a new song off his upcoming sophomore album.