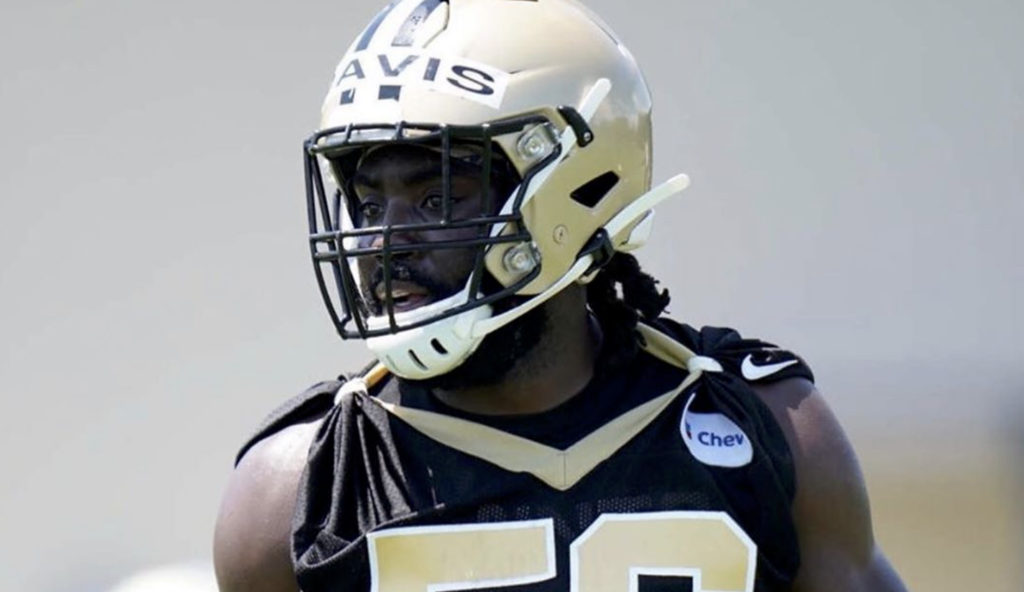 The NFL has rules against uniform alterations and New Orleans Saints Linebacker Demario Davis learned the extent of it at a recent game when he was fined a little over $7,000 for wearing a “Man of God” headband underneath his helmet.

“So, I got fined $7K for my headband,” Davis explained to his Instagram followers using the hashtag, “#LetThePeopleDecide. “Should I continue to wear it, or nah?”

According to the league’s dress code, players are not allowed to wear unapproved headwear on the field, even if its under the helmet. They’re also not allowed to display personal messages that aren’t approved in advance.

So, I got fined $7K for my headband. Should I continue to wear it, or nah? #LetThePeopleDecide #ManOfThePeople #ManOfGod ((You can get a #ManOfGod or #WomanOfGod headband too. Hit the link in my bio to get yours and benefit St. Dominic’s Hospital))

“I was not expecting the fine because I had worn the headband before, but once I realized that it was against the rules, I was in a conflicting position,” Davis explained. “Should I continue to wear it because of the messaging or would I follow the rule? Which would bring ultimate glory to God?” Davis told Fox Business in an interview afterwards.

In response to the fine, the linebacker says he may start selling his “Man of God” headbands to let fans “donate towards a cause” and pass along the Word of God for him.

GMA will be celebrating the Dove Awards’ 50th anniversary in 2020!